The GSTR-9C is a statement of reconciliation among GSTR 9 for a fiscal year and the taxpayer's audited income statements. It is primarily a yearly audit form for all tax-paying citizens with a taxable income of more than two crores in a given fiscal year. Together with the GSTR-9C audit form, the taxpayer must also complete the reconciliation statement and the audit certification.

In accordance with this form, the law enforcement agencies have also launched the GSTR-9C format in notification No. 49/ 2018 – Central tax dated September 13, 2018. This guide will cover the fundamentals of GSTR-9C, including what it is and how to file it.

Basically, an audit form for taxpayers, the GSTR-9C was introduced on September 13, 2018, the GSTR-9C audit form was introduced - filed every fiscal year by taxpayers that had a turnover of more than 2 crores and certified by a CA. It is essentially a statement of reconciliation statement among the yearly return submitted in GSTR-9 and the audited accounting statements of the taxpayer.

The GSTR-9C form includes the taxpayer's taxable and gross turnover from their financial statements, reconciled with the relevant figures after uniting all of their GST returns for the fiscal year, as well as any differences divulged by the reconciliation. The distinction, as well as its rationale, should be stated explicitly. For each GSTIN, a GSTR-9C is to be issued.

Who Must Prepare and Submit GSTR-9C?

Each taxpayer obligated to have their financial statements inspected must file GSTR-9C. GSTR-9C must only be arranged and certified by a Chartered Accountant or Cost Accountant. It should be submitted by the taxpayer on the GST website, with other paperwork such as a printed version of the Annual Return and Audited Accounts in form GSTR-9. This description applies to all tax-paying citizens who are required by GST law to have their Annual Accounts audited.

When to File GSTR-9C?

The deadline to file GSTR-9C for the fiscal year 2020-2021 is December 31, 2021. The due date for submission of Annual returns for GSTR-9 and GSTR-9C is the same. Generally, the GSTR-9C should be filed on or before December 31 of the following audited fiscal year. The Government, however, has the authority to extend the deadline if it deems it necessary.

This GST statement of reconciliation must be prepared by a Chartered Accountant or Cost Accountant. Any discrepancies between the figures disclosed in GST returns and the Audited Accounts should be documented by the CA, along with the reasons for the discrepancy.

This statement serves as a foundation for GST officials to confirm the authenticity of the GST reports filed by tax-paying citizens. This is due to the CA's obligation to accredit any supplementary liability resulting from the reconciliation exercise and GST audit in GSTR-9C.

The GSTR-9C is divided into two parts. Part A constitutes a form for the collection of tax information, while Part B is a certification form that must be finished by a CA. These two parts are so named as:

The numbers mentioned in audited accounting statements are at the PAN level. As a result, the revenue, tax paid, and ITC received on a specific GSTIN (or State/UT) must be extracted from the organization's audited accounts.

As per the Union Budget of 2021, the following changes were made to Sections 35 and 44 of the CGST Act:

The Reconciliation Statement is divided into five parts:

The GSTIN, fiscal year, trade name, and legal name are all to be entered in the very first section of the GSTR-9C form. You will also be required to indicate if you are subject to audit under any other law.

This provision mandates GST rate-specific accounting of the tax obligation that emerged as a result of the accounts and was paid as noted in the GSTR-9, along with any differences. Furthermore, it necessitates tax-paying citizens to specify the additional liability resulting from unreconciled discrepancies discovered during reconciliation.

This section comprises a reconciliation of taxpayers' acquired and used input tax credits as disclosed in GSTR-9 and as mentioned in the Audited Financial Statement.

The auditor must disclose any tax obligation discovered during the reconciliation activity and GST audit that is owed to the taxpayer. This can be due to a failure to reconcile turnover or ITC as a result of:

The GSTR-9C can be licensed by the CA who performed the GST auditing or any other CA who didn't perform the GST audit for that specific GSTIN.

The distinction between the two lies in the fact that if the CA validating the GSTR-9C didn't perform the GST audit, they should build their viewpoint in the statement of reconciliation in the Books of Accounts audited by another CA.

As previously stated, this part contains the GSTIN, FY, trade name, and legal name. The tax-paying citizen must also specify whether or not they are subject to audit under some other law.

Part 2 will require you to provide information of your turnover from your audited Annual Financial Statement. Section 5 contains information about reconciling your gross revenue. This entails reporting taxable and gross revenue for the following:

Section 6 allows you to mention any potential causes for unreconciled discrepancies in the yearly gross turnover that might have occurred.

You must fill in the succeeding attributes related to the taxable turnover's reconciliation in this section:

Section 10 allows you to explain why there is a discrepancy in the complete amount of income tax paid as shown in the statement of reconciliation and the total amount of tax paid.

Section 11 contains information about any taxes that are due but have not yet been paid due to the factors stipulated in Sections 6, 8, and 10.

Part 4 includes instructions for reconciling your ITC. Recognize the worth of the ITC received in the following categories under Section 12:

Section 13 allows you to mention any explanations for a discrepancy between the yearly returns filed and the ITC claimed on the audited financial statement.

Section 14 requires you to explicitly state the valuation, overall ITC amount, and amount of appropriate ITC claimed for each expense category.

Section 15 necessitates the reasons for any discrepancy between ITC availed for separate expenses (mentioned in Section 14's line R) and the ITC received according to the annual return (mentioned in line S).

Fill in the central and state tax, integrated tax, cess value, interest, and penalty payable in relation to the unreconciled differences described in Sections 13 and 15.

Part 5: Auditor’s recommendation on additional liability due to non-reconciliation

Part 5 includes your auditor's advice in terms of your extra tax obligation as a result of non-reconciliation. Your auditor must fill the tax payable, state and central tax, inclusive tax, and cess value for several categories, the appropriate ITC, interest, fees, and penalties, any other sums compensated but not included on the GSTR-9, and incorrect refunds to be paid.

What Has Changed in GSTR-9C Format & Filing

The succeeding adjustments were introduced to the format and reporting procedure as of December 31, 2018:

As a result, Form GSTR-9C has now become relevant to tax-paying citizens that have a yearly aggregate turnover of more than Rs. 5 crores for a given fiscal year. These taxpayers must self-validate or complete a willful statement of reconciliation without needing to do an audit and submit it to the tax authority on or before December 31st of the following fiscal year.

The table below chronicles the threshold applicability of both statement of reconciliation and annual returns for FY 2020-21.

Changes to the statement of Part-A: Reconciliation is as follows:

Discover how you can combine accounting, finances, inventory, and much more, under one roof with Deskera Books. It's now easier than ever to manage your Journal entries and billings with Deskera. The remarkable features, such as adding products, services, and inventory, will all be available to you from one place.

Experience the ease of implementation of the tool and try it out to get a new perspective on your accounting system.

With the guiding and informative videos on how to manage and set up India GST, you can learn about and familiarize yourself with the process in just a few minutes.

Deskera Books is a time-saving strategy for managing your work contacts, invoicing, bills and expenses. In addition, opening balances can be imported and chart accounts can be created through it.

Deskera Books can handle every aspect of the organization, including inviting colleagues and accountants. 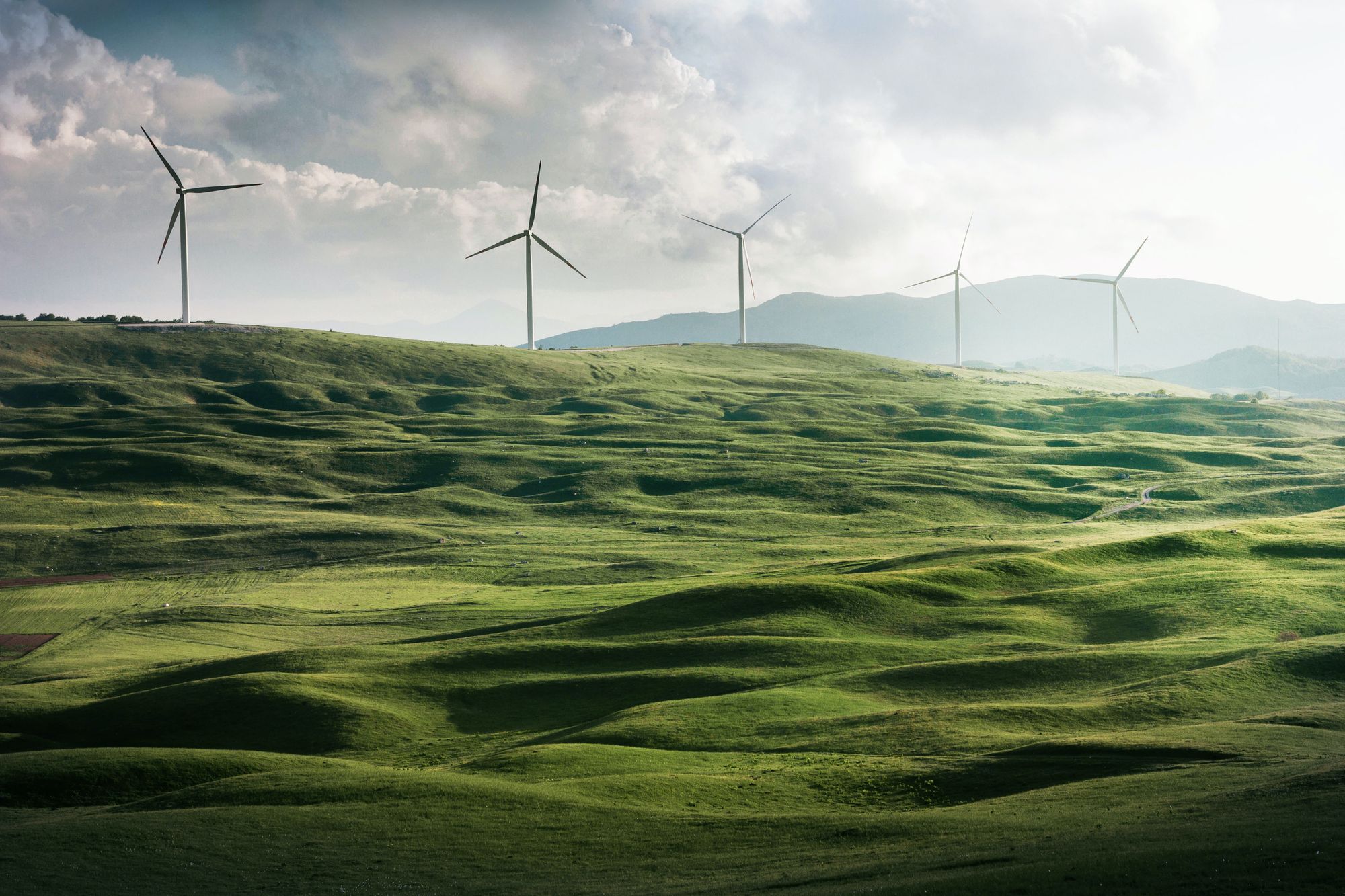 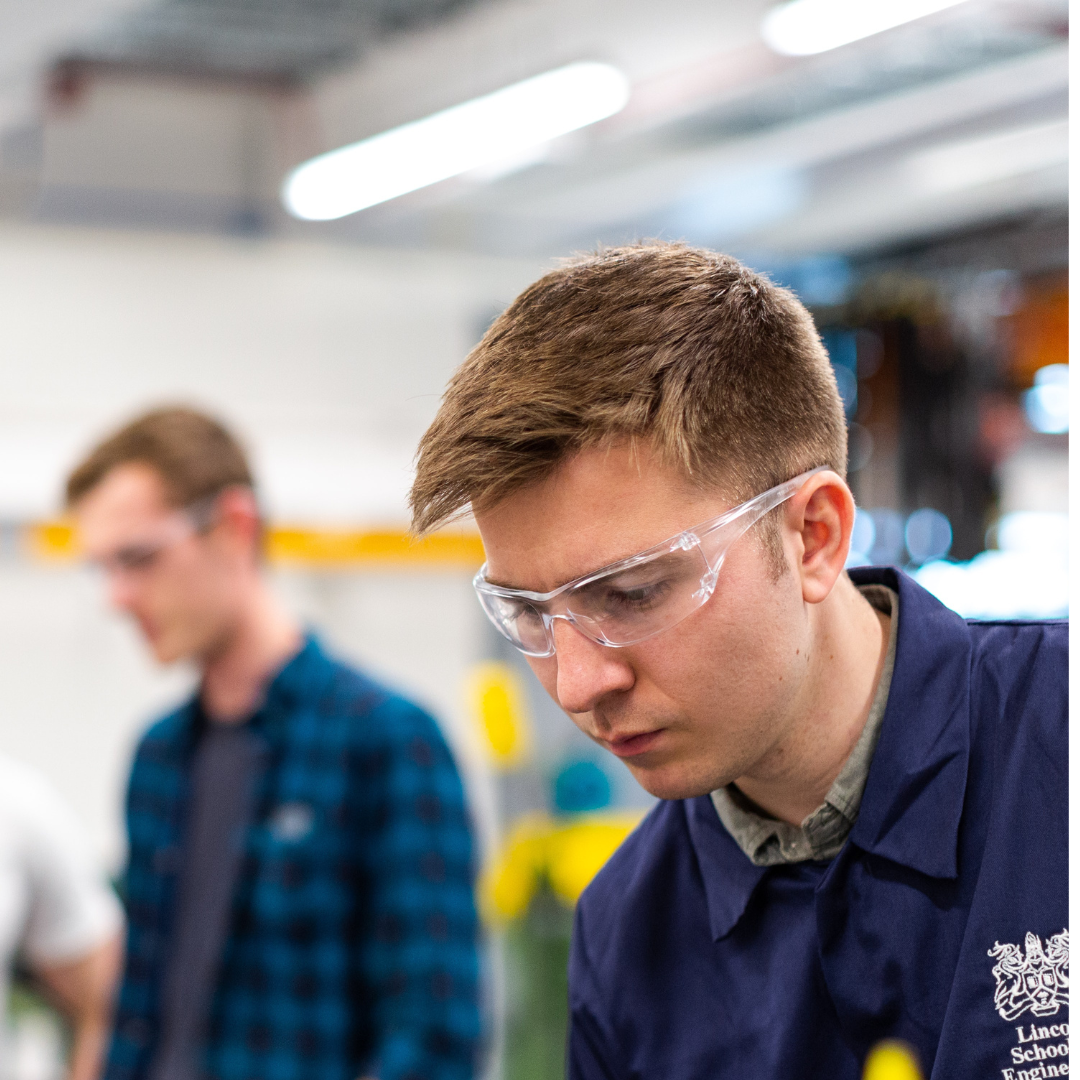 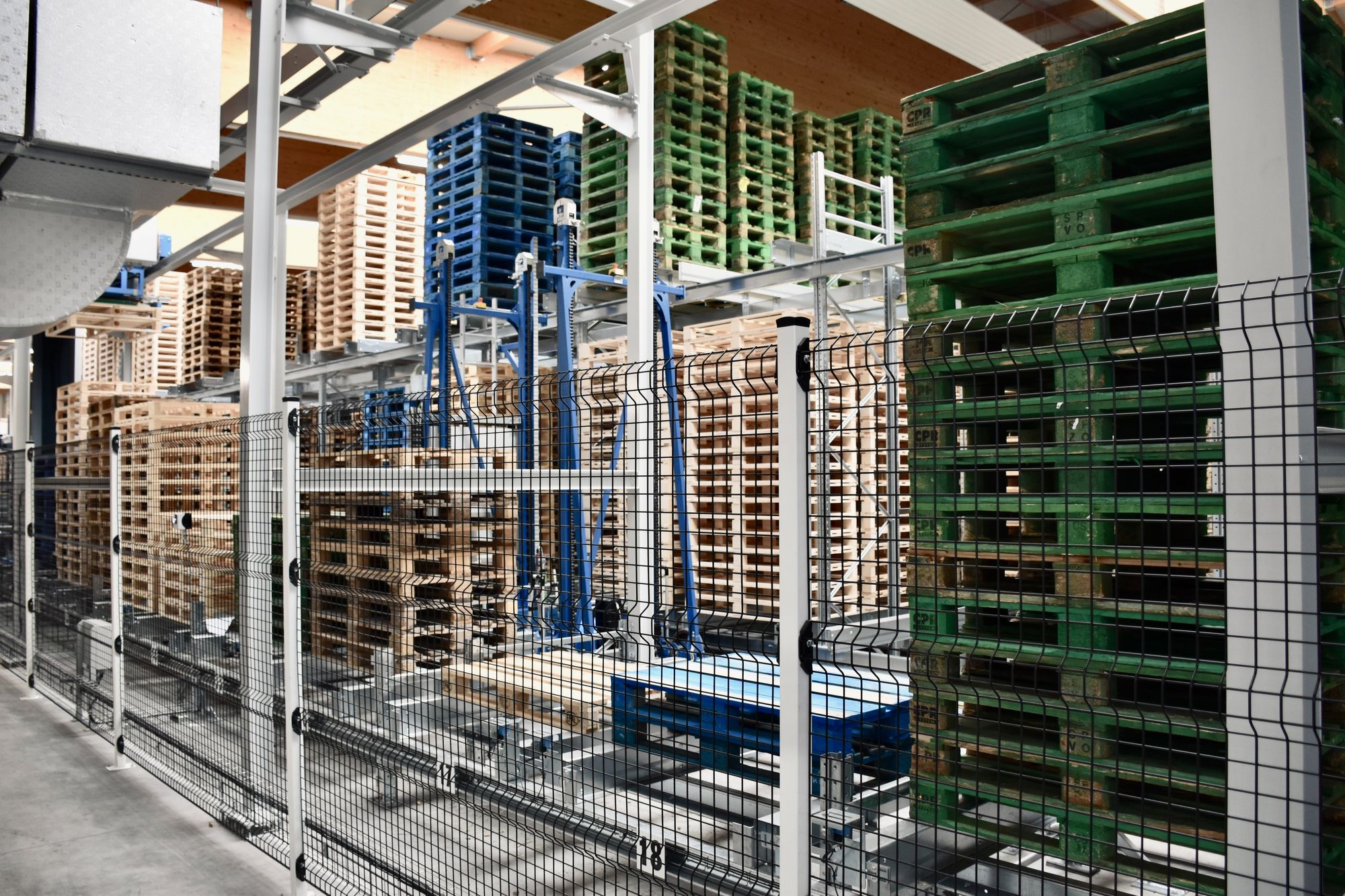 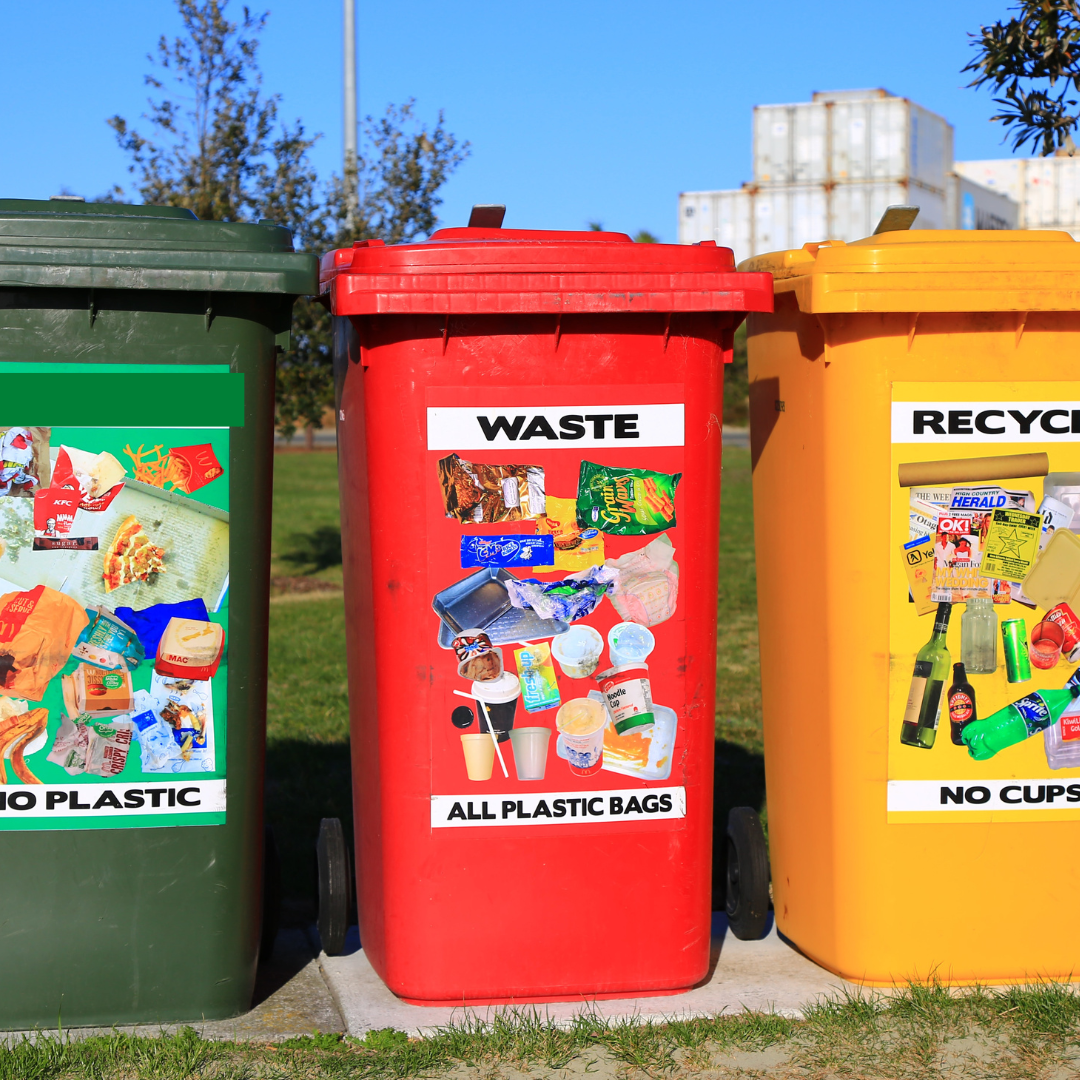 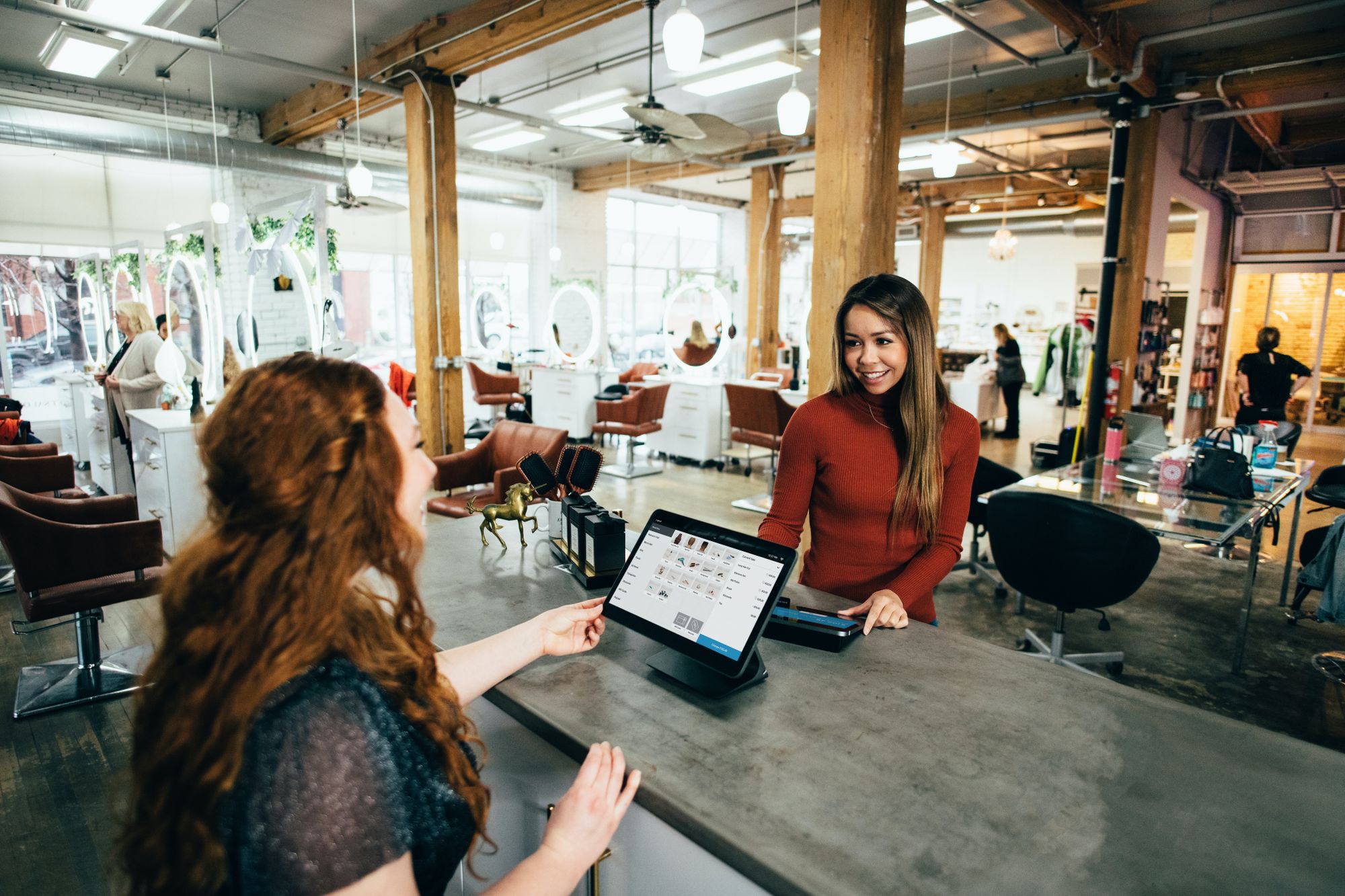