Form IX – Form of Summons is a government application document that pertains to the Minimum Wages Act of 1948.

For the working-class population of any country, the government sets a minimum wage each year, below which no employer can reduce their remuneration. The Minimum Wage Act of 1948 has thus been enacted to prevent unfair compensation to floor workers by industries. This is primary legislation that has been put in place to ensure the well-being and survival of this sect of a country’s population.

It is mandatory for all the industries that employ floor workers – whether skilled or unskilled – to abide by this law and pay a sum that is at least equal to the minimum wage stipulated by the active government in their region.

Additionally, the industries are also required to provide other benefits to the workers, like overtime pay and paid leave, in accordance with the mandates of this Act. Let’s look at the Minimum Wages Act of 1948 in more detail and study the IX Form – Form of Summons by covering the following topics:

What are Minimum Wages Mentioned in IX Form – Form of Summons?

No industry can employ a wage worker for compensation at a lower value than the stipulated minimum wage for that region.

The whole idea behind setting a legal minimum wage for floor workers was to abolish the exploitation of workers and prevent slave labor. Ideally, the individual state governments are responsible for determining the minimum wages for workers in their state. They are also responsible for revising these wages every five years in lieu of inflation and other factors that impact the cost of living.

What Are The Components of Minimum Wage in IX Form?

Much like any other salary given to an employee, wage workers are also entitled to a minimum wage that is comprised of various components and bonuses. Here is a brief list of the components of minimum wage as they appear in the IX Form.

The sum total of all the amounts mentioned above should not be less than the minimum wage stipulated by the government of the region where the employer is stationed.

Additionally, there are a few components that are not counted towards the minimum wage:

These payments are counted as separate from the minimum wage.

What is The Minimum Wages Act of 1948 Mentioned in IX Form – Form of Summons?

The Minimum Wages Act was enacted by the Central Legislative Assembly in the year 1948. The major aim of putting this act in place is to prevent forced, unfair labor. Under this act, the central and state governments both are empowered to prescribe the minimum wages in their areas of jurisdiction. The wages thus prescribed need to be adhered to by all institutions that employ wage workers – whether skilled or unskilled.

Let’s look at this act in a little more detail to understand IX Form – Form of Summons and the situations when it is invoked.

Every worker needs money to survive. The government, thus, determines the cost of living for a wage worker periodically based on factors such as daily calorie requirements, family members, education, medical support, etc. and fixes a minimum wage for the workers that helps them bear these costs.

Listed below are the major objectives of the Minimum Wages Act of 1948.

Each state is empowered to decide the minimum wages for the workers in its jurisdiction in accordance with this Act.

Where is the Minimum Wages Act Applicable?

This Act is applicable to all the states of India barring Jammu and Kashmir. Furthermore, the applicability extends to any employer or establishment that has employed more than 1,000 employees in their respective state.

Each state has its own minimum wages that it determines based on this Act – it may also have further applicability provisions.

Wages Covered Under Section 2 of the Act

Wages, under this Act, is a term that counts all kinds of remuneration received by a wage worker that can be represented in money. However, the items on the list below are excluded from wages under this Act:

However, on discharge, the Act stipulates that gratuity is payable. You would not find these fields on IX Form – Form of Summons.

Section (5) of the Act stipulates two different procedures to fix minimum wages in accordance with its guidelines. Both these procedures empower the respective governments to fix a wage that is fair and in line with the requirements of the Act.

Fixation by Appointment of a Committee

In order to fix a fair minimum wage, the government is required to appoint as many committees and sub-committees as needed to hold inquiries that help them discover the basis and benchmarks for the minimum wage.

Fixation by Publication of Proposals in the Official Government Gazette

The government may fix the minimum rate of the wages by publishing a proposal in the official gazette to inform the persons who would be affected by such wages.

Every employer that has wage workers enrolled must ensure that the wages are paid in accordance with the Act. To that extent, the employers may designate:

There is a special arrangement for workers in the railways for the responsibility of paying wages in accordance with the Act.

Deduction from Wages Applicable Under the Act

In the event that one of the following situations arises, the employer is eligible to initiate certain deductions from the wages of its skilled or unskilled employers:

The IX Form – Form of Summons is an application that is invoked in accordance with Sections 20 (1) and 21 of the Minimum Wages Act of 1948.

“The appropriate Government may, by notification in the Official Gazette, appoint [any Commissioner for Workmen's Compensation or any officer of the Central Government exercising functions as a Labour Commissioner for any region, or any officer of the State Government not below the rank of Labour Commissioner or any] other officer with experience as a Judge of a Civil Court or as a stipendiary Magistrate to be the authority to hear and decide for any specified area all claims arising out of payment of less than the minimum rates of wages [or in respect of the payment of remuneration for days of rest or for work done on such days under clause (b) or clause (c) of sub-section (1) of section 13 or of wages at the overtime rate under section 14,] to employees employed or paid in that area.”

It is, thus, understood that in the case of the workers’ claims of underpayment of the minimum wages as prescribed by their respective governments, the IX Form needs to be filled out. This is a form for a summons to the opponent that mandates them to appear before the hearing Authority as mentioned in Section 20 (1) quoted above, for this application (IX Form) that is entertained in accordance with the Act.

Furthermore, Section 21 talks in detail about the eligibility and applicability of deduction on the minimum wage, which can also be challenged in the case of discrepancies through the IX Form.

The IX Form is a one-page form that constitutes of the following fields:

The form captures the following details of the wage worker:

The form also captures the basic wage the worker is entitled to and the dearness allowance they get.

The minimum wage, for a shop floor worker, is a necessary source of sustenance that must not be toyed with. As such, it is important to put safeguards in place that would ensure that fair and lawful payments are duly made in exchange for the hard work of such workers.

It is to contest the unfairness and underpayment in these minimum wages that IX Form has been introduced as a summons. The form assists the hearing authority in determining and deciding the case of wage underpayment. It can be viewed as an instrument through which workers can get their due in a civil manner.

Through the Minimum Wages Act of 1948, the government has deployed a guiding mechanism to abolish the unfair slave trade in India. By ensuring that workers of each state get paid a minimum wage that helps them sustain and live to a certain level of comfort, the Act puts lawful machinery in action through appointed hearing authorities and representatives.

To that end, the IX form is a single-page application that captures the wage details of workers. It is required to be submitted in case they wish to contest the wages paid to them (if underpayment happens). The application is submitted to the appointed authority who, then, sits for the hearing and decides on the case based on the information furnished, and in accordance with the Act. 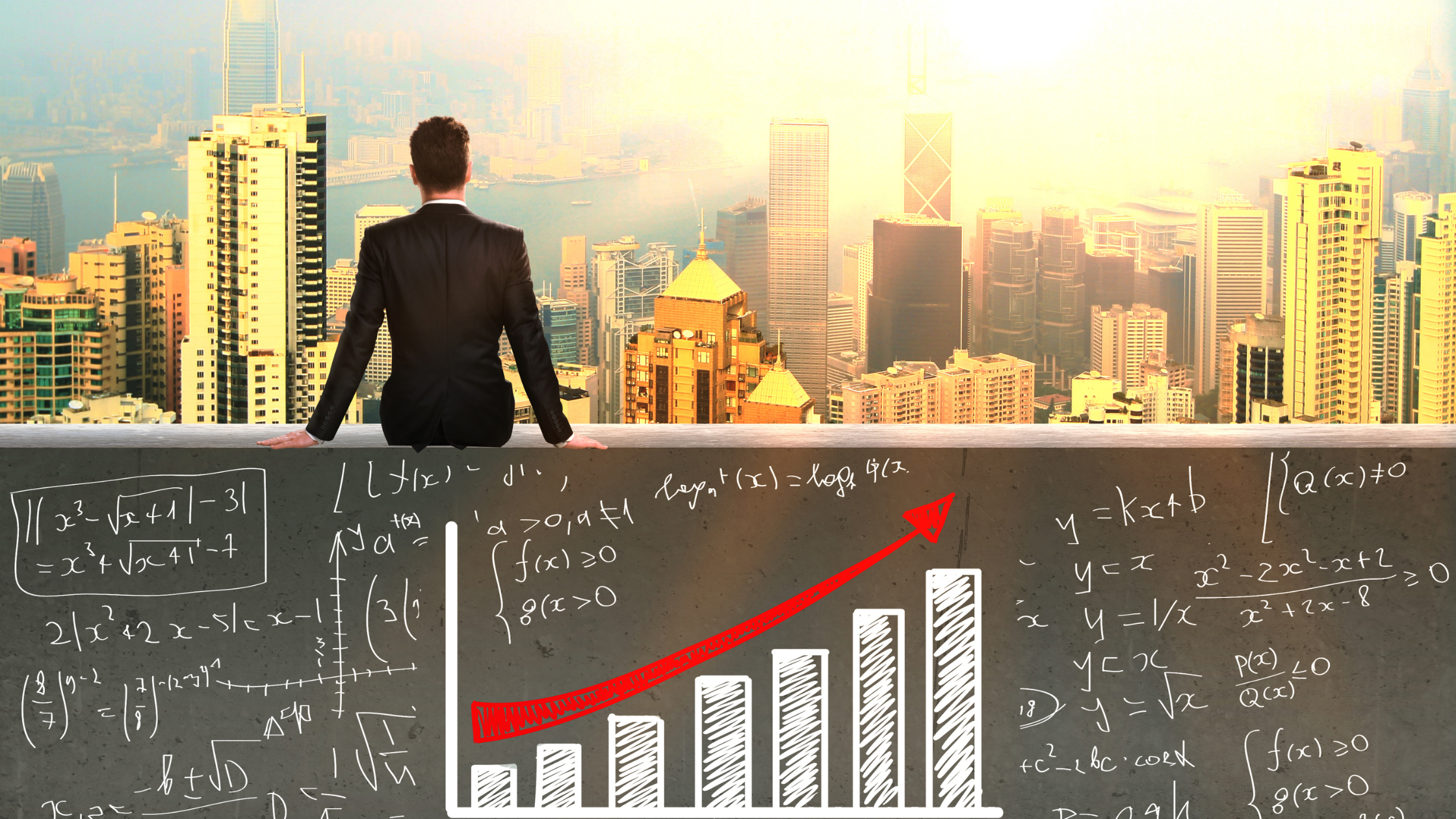 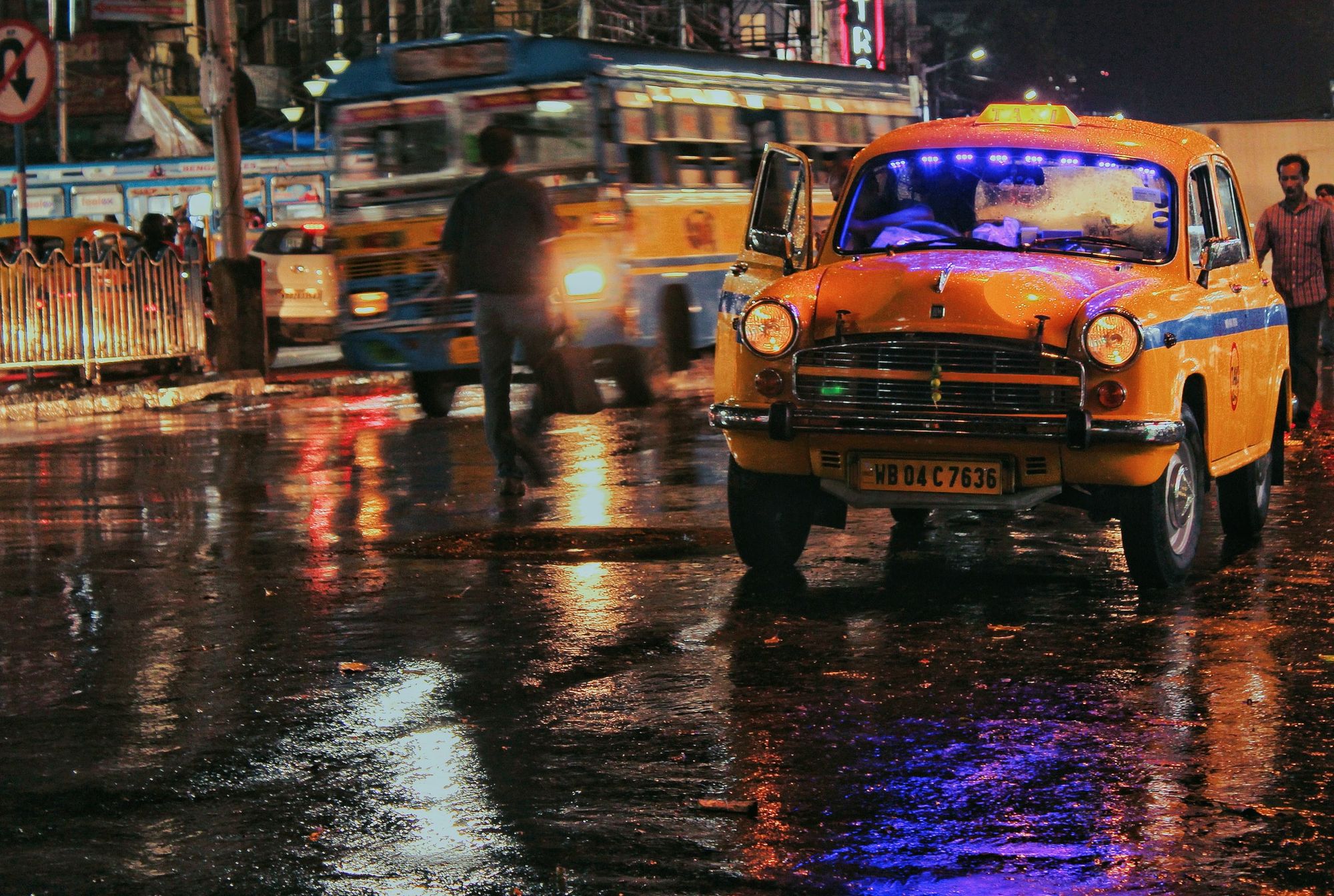 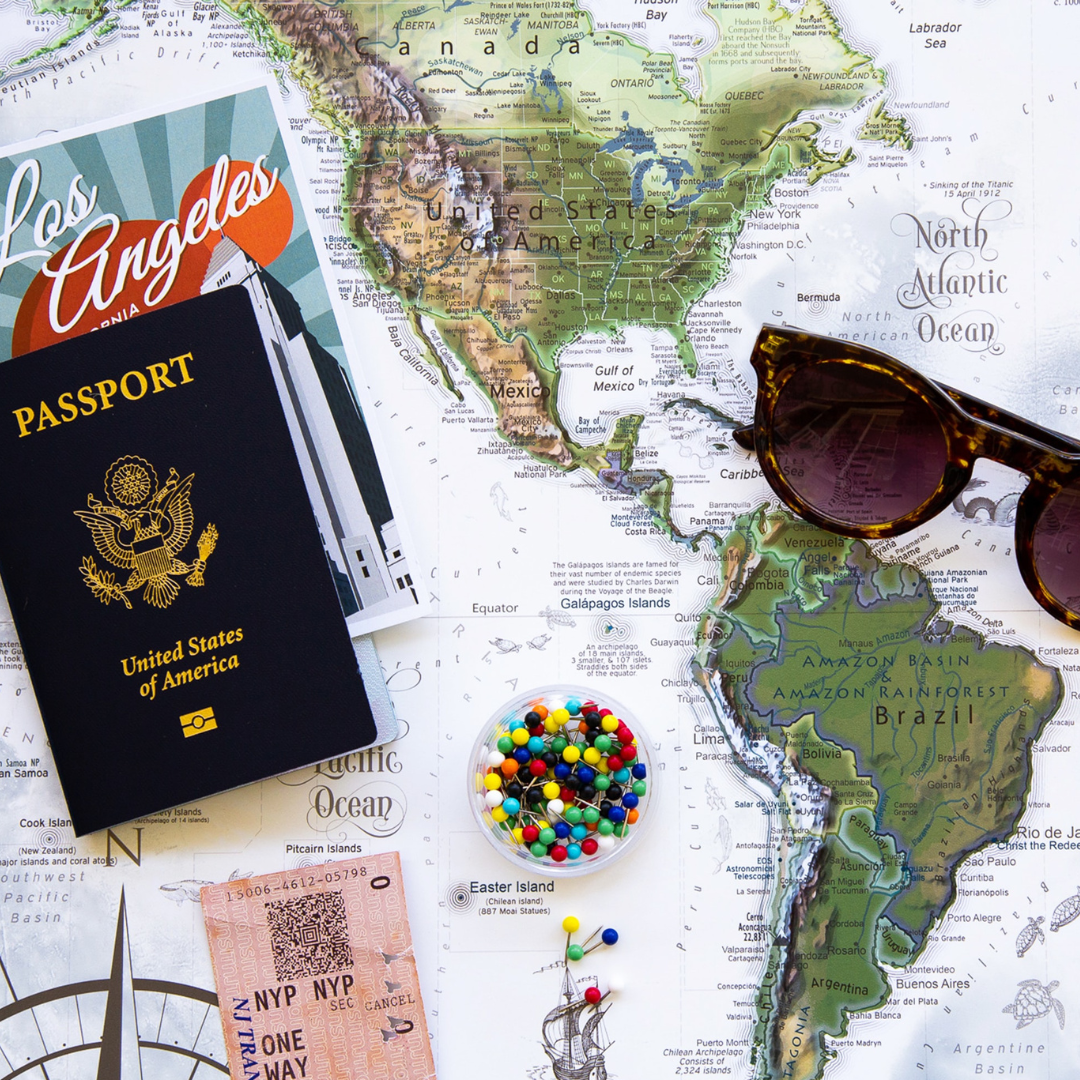 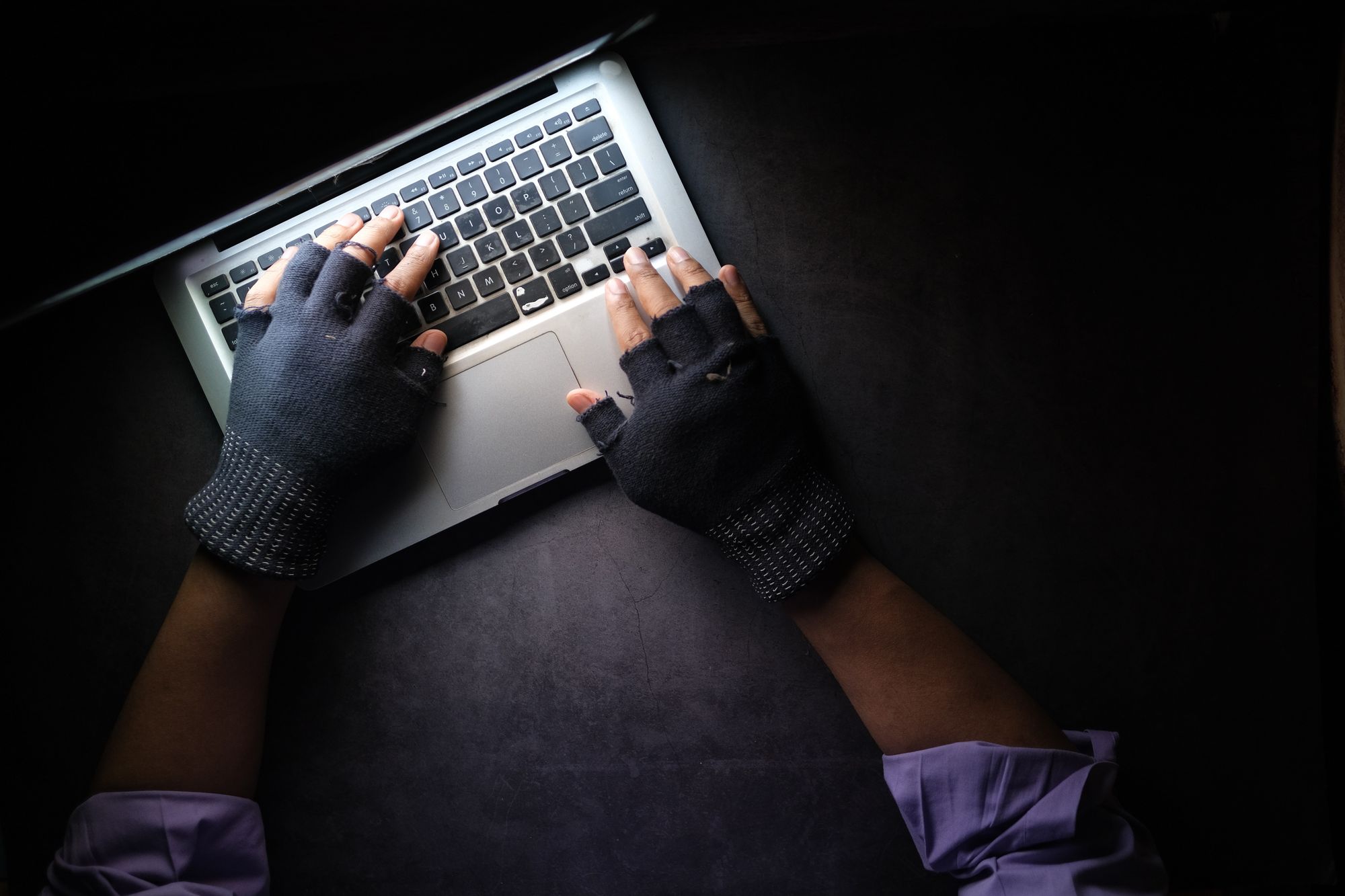 “The labor movement was the principal force that transformed misery and despair into hope and progress.” A few words by…
23 min read Jun 23, 2022

Your months’ search for the perfect candidate has finally concluded, and you have found the right person to join your…
17 min read Jun 23, 2022