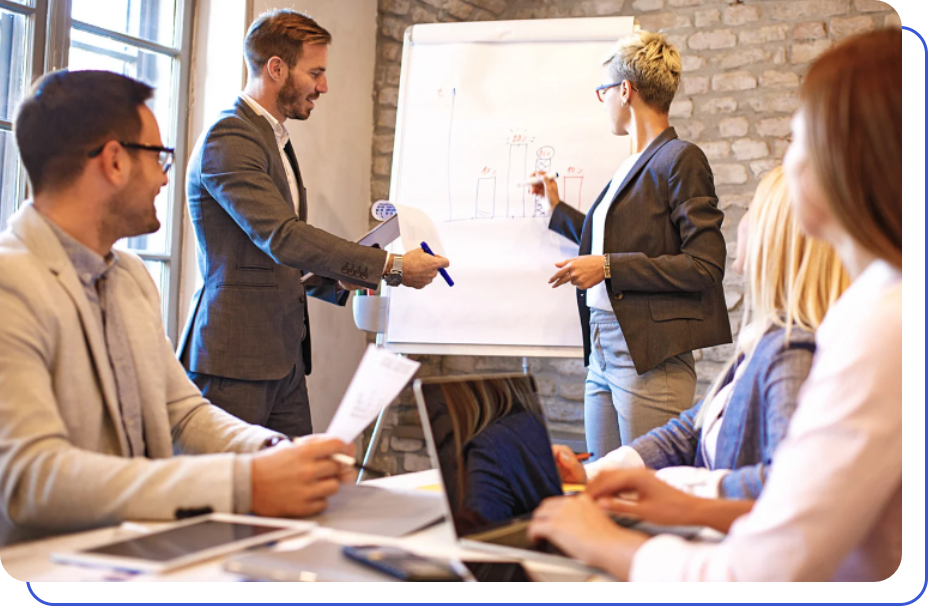 TABLE OF CONTENTS
What Is Material Requirements Planning (MRP)?

In order to streamline production and ensure that materials are available when they are needed, businesses use material requirements planning (MRP). MRP is a computer-based inventory management system that determines when raw materials should be ordered and delivered to the production floor. The goal of MRP is to avoid stock outs, which can disrupt production and lead to lost sales.

MRP systems take into account the lead time for each component. Lead time is the amount of time that passes between the placement of an order and the receipt of the goods. In order to ensure that materials are available when they are needed, the MRP system must account for the lead time of each component in the production process.

The MRP system is based on three important concepts: 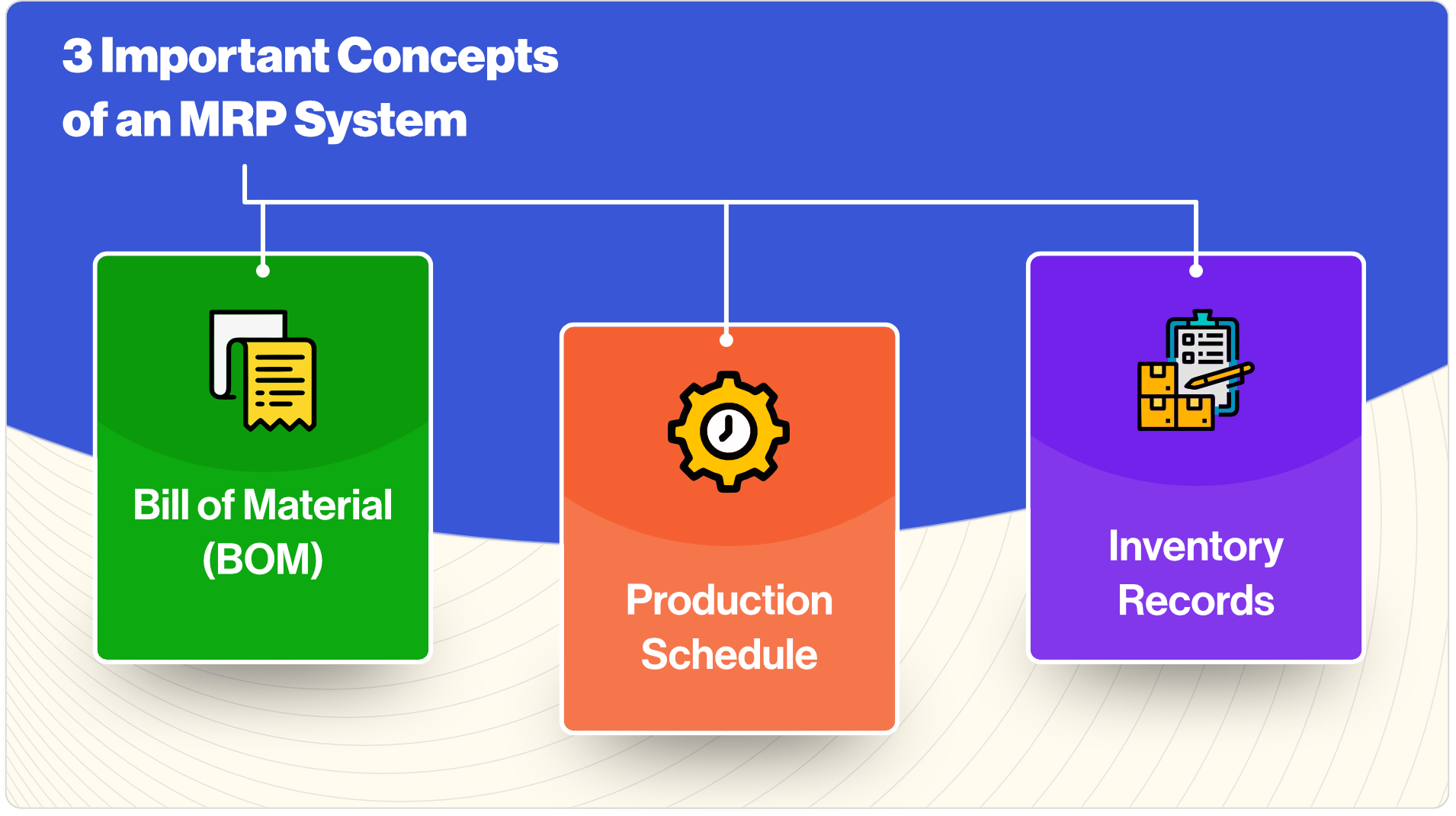 The bill of materials is a list of all the materials needed to produce a product. It includes the quantity of each material required and the order in which they are used. The production schedule is a plan that indicates when each product is to be made and in what quantity. The inventory records show how much of each material is on hand at any given time.

MRP brings these three concepts together to create a master production schedule. This schedule is used to produce the materials needed for each product in the correct quantities and at the right time.

The Role of MRP In Manufacturing

MRP software gives manufacturers the ability to make better-informed decisions about production planning, scheduling, and inventory management. It ensures that the correct materials are available when needed, and that production schedules are adhered to.

Without MRP, it would be very difficult to manage the manufacturing process effectively. MRP ensures that production schedules are followed, and that the correct materials are available when needed.

What are the differences between MRP and ERP?

There are four primary differences between MRP and ERP systems: 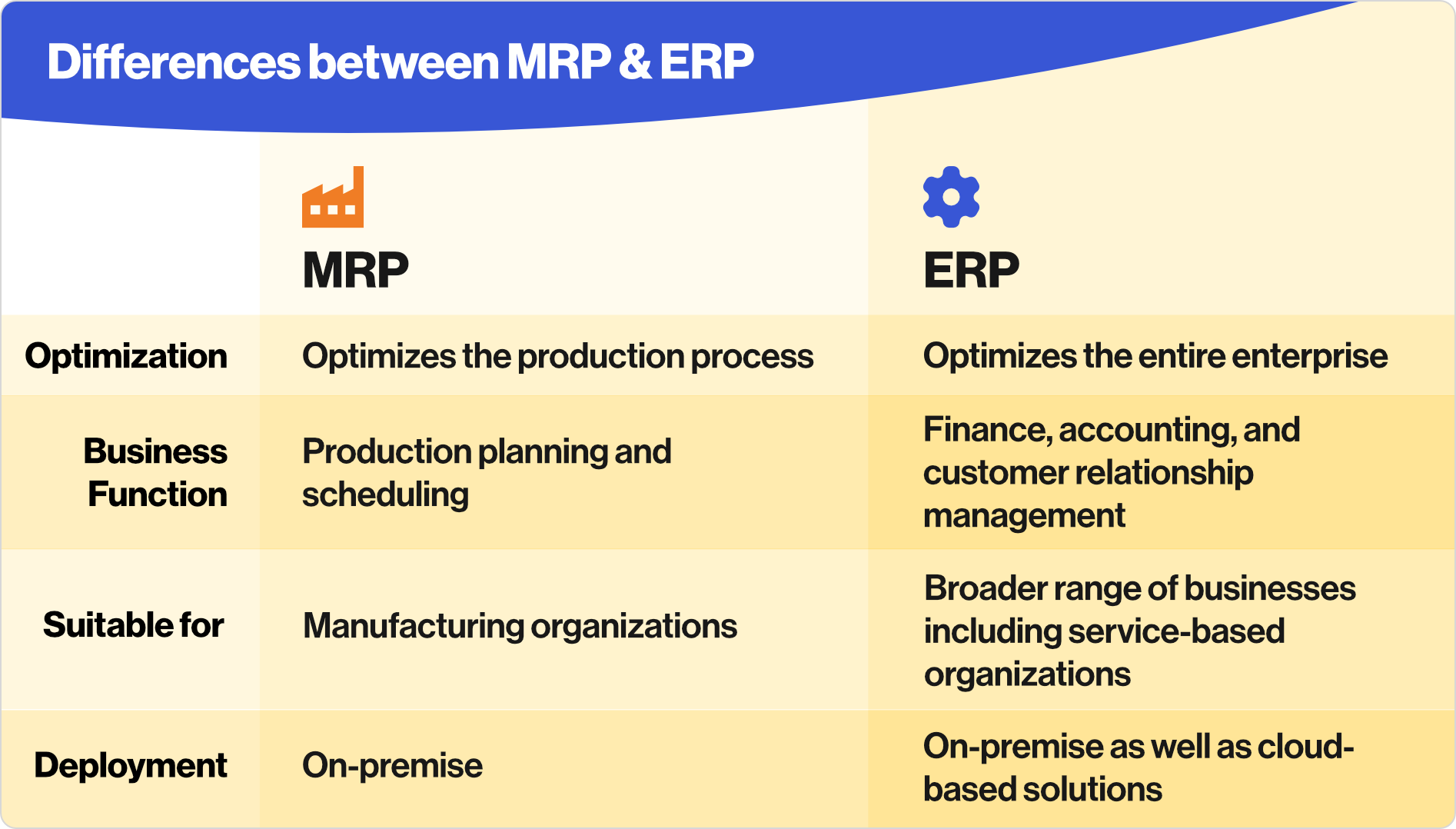 Benefits of an MRP system

There are many benefits of using MRP, including:

How To Plan Your MRP System 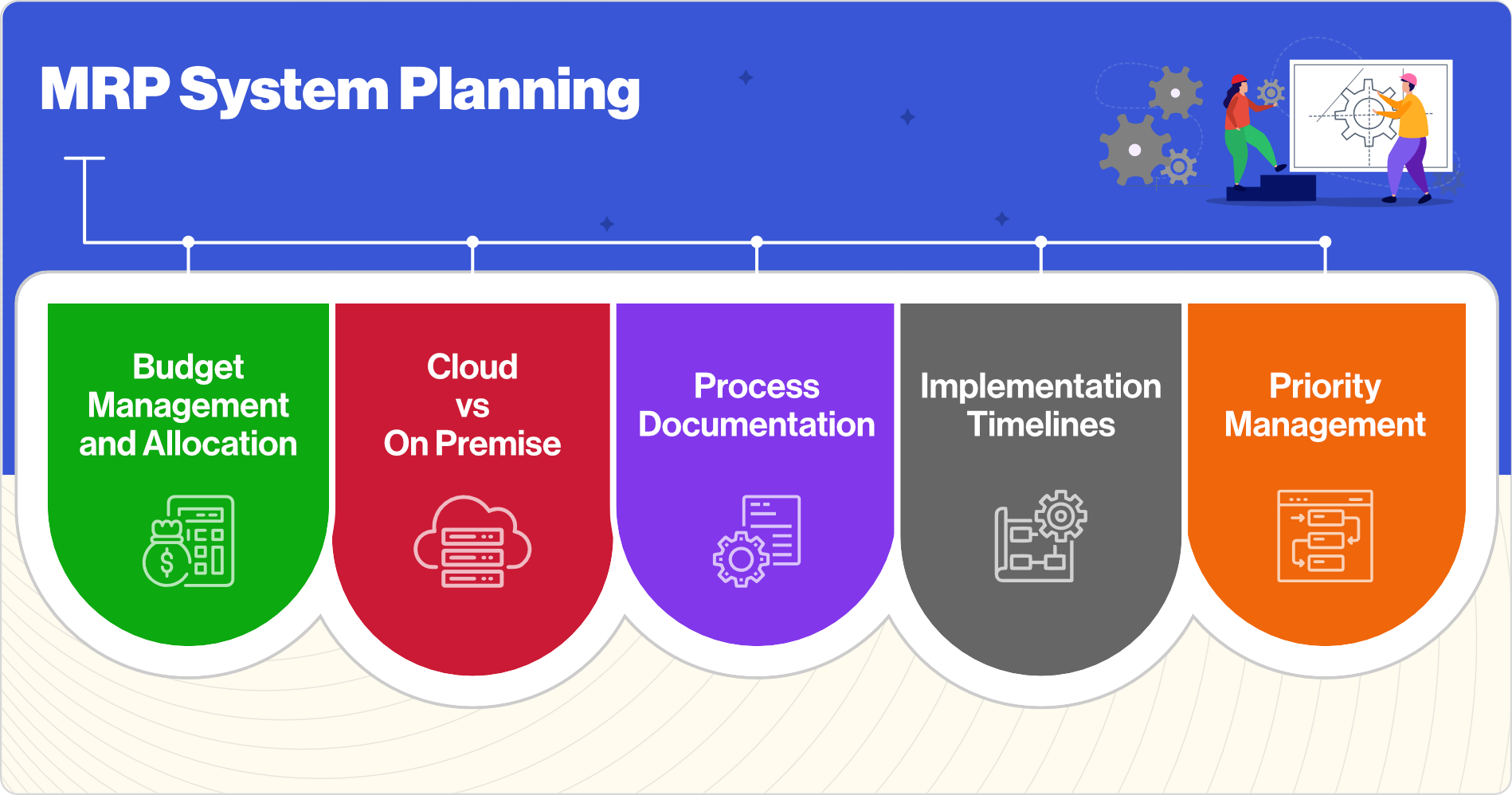 Budget management is an important part of any business, but it is especially important when implementing new software. A properly managed budget will help ensure that your business has the funds it needs to cover the costs of the software, as well as any other associated costs.

When it comes to budgeting for MRP, there are a few things to keep in mind. First, you will need to consider the one-time cost of purchasing MRP.

In addition to the purchase price, you will also need to consider the cost of training your staff to use the software. This can be done in-house or through a third-party provider.

Finally, you will need to consider the ongoing costs of using the software. These can include things like subscription fees, support costs, and upgrades.

Cloud vs On Premise

Both cloud and on premise MRP have their disadvantages. Using a cloud MRP requires a good internet connection and requires a monthly subscription fee. Using an on premise MRP requires significant upfront investment, IT resources to install and maintain the software, and may not be able to keep up with the latest software updates.

Documenting internal processes is critical to the success of any Manufacturing Resource Planning (MRP) implementation. By documenting and analyzing current processes, organizations can identify areas in which MRP can be used to improve efficiencies and effectiveness. Additionally, documenting processes can help to ensure that all stakeholders are aware of the steps involved in manufacturing and can provide a clear understanding of how MRP will impact each stage of production.

There are a few key areas that should be addressed when documenting internal processes:

Once the internal processes have been documented, the next step is to analyze the information to identify areas where MRP can be used to improve the process.

There are a few key steps to finalizing the implementation timeline: 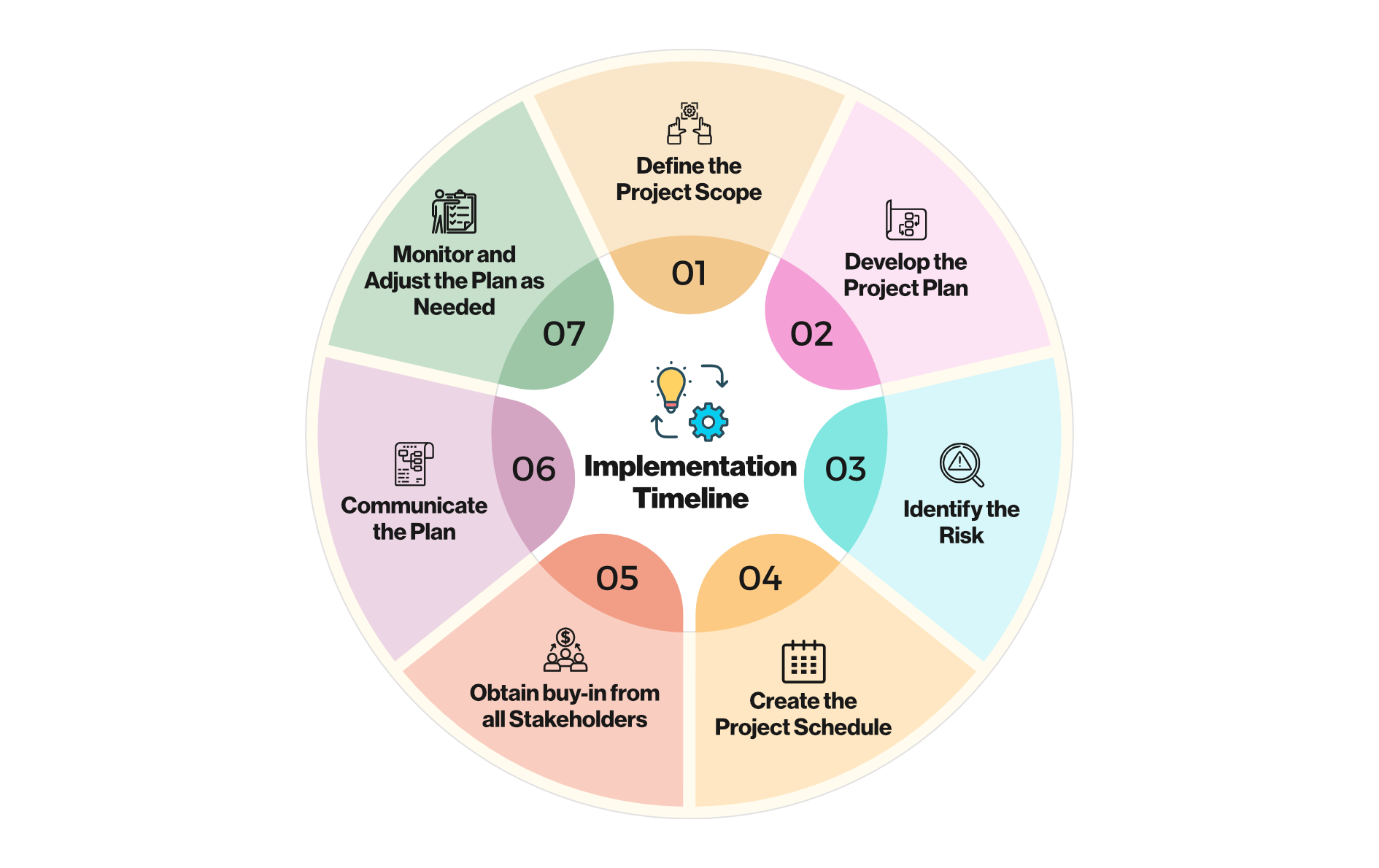 By following these steps, you can develop a detailed and accurate implementation timeline that will help ensure the success of your MRP project.

One of the most important aspects of priority management is setting realistic goals. It is important to remember that MRP is a tool, and not a magic bullet. It can help to streamline production and make it more efficient, but it cannot do everything. Organizations need to set realistic goals for what they want to achieve with MRP, and then develop a plan for how to best utilize the tool to achieve those goals.

What is a good MRP system?

An effective MRP system comprises of a few key components: 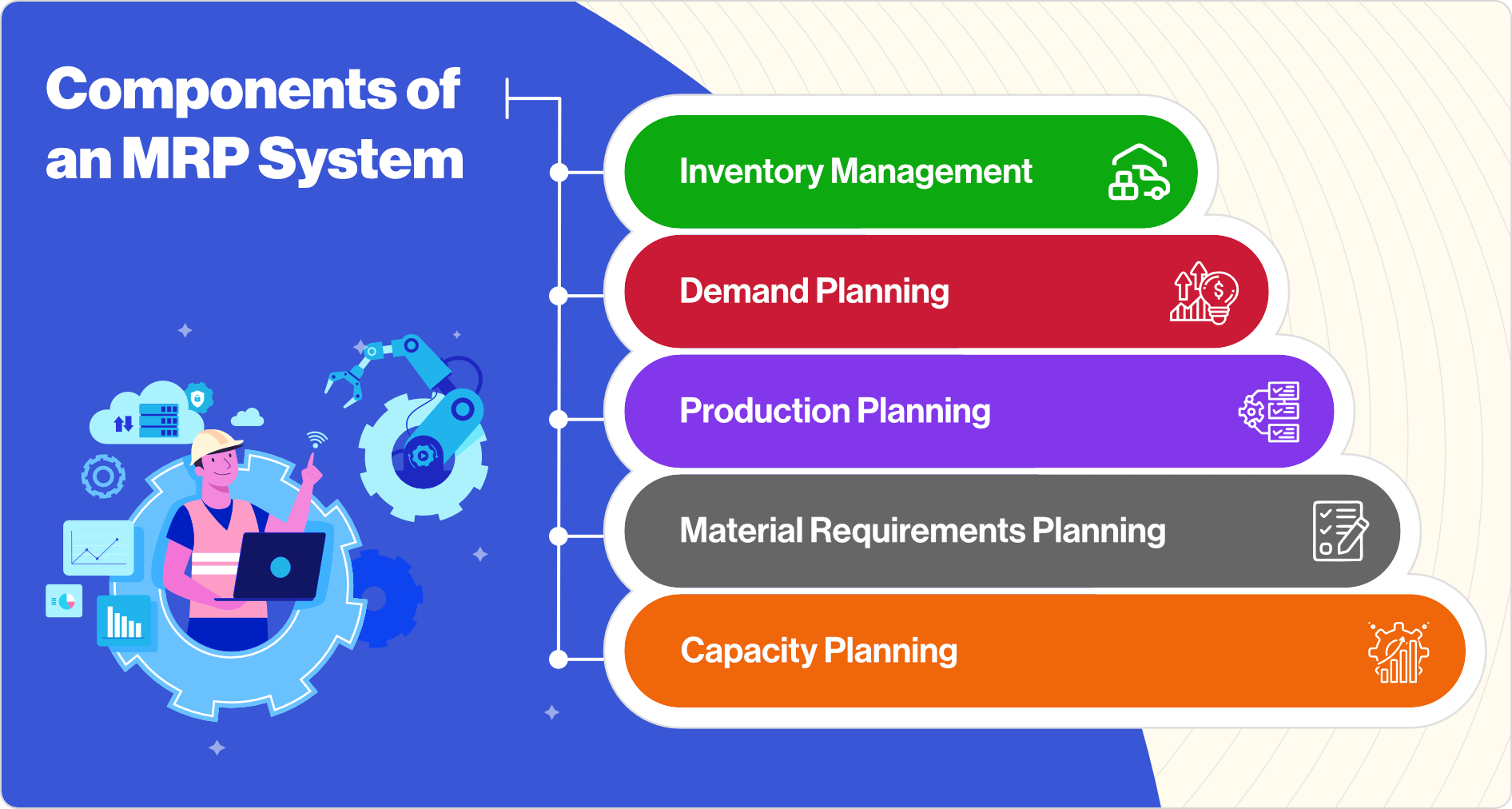 Inventory management: This module is responsible for managing inventory levels, and ensuring that there is enough stock on hand to meet customer demand. It tracks inventory levels, reorder points, and lead times to help ensure that materials are available when needed.

Demand planning: This module forecasts future demand for a product or service, and is used to create production plans that meet this demand. It takes into account factors such as seasonality, customer trends, and historical data to generate accurate predictions.

Production planning: This module creates production plans that detail when and how much of a product needs to be produced. It takes into account inventory levels, demand forecasts, and lead times to ensure that finished goods are available when needed.

Material requirements planning: This module is responsible for ensuring that the necessary materials are available to support production. It creates detailed plans that specify what materials are needed, when they are needed, and how much is needed.

Capacity planning: This module ensures that the necessary resources are available to support production. It takes into account factors such as machine utilization, crew availability, and downtime to create a production plan that can be executed without issue.

These are just a few of the key components that make up a successful MRP system. When all of these components are working together, they can help create a well-oiled machine that runs smoothly and efficiently.

Why is MRP important?

Here are five reasons why MRP is important:

Who uses an MRP system? 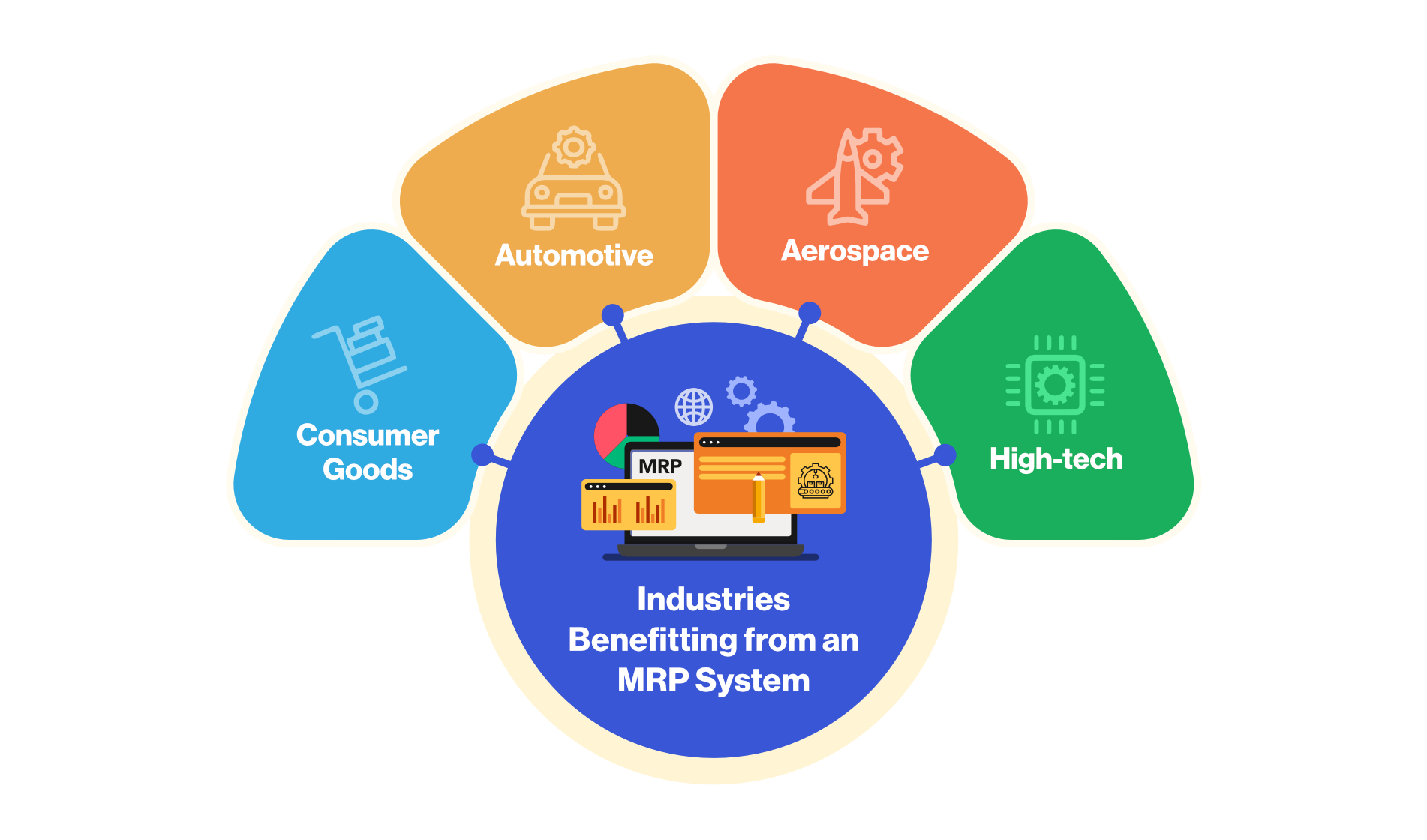 There are a variety of industries that can benefit from using an MRP system. Some of the most common include:

Automotive: The automotive industry is a major user of MRP systems. In fact, many of the world's leading automakers, such as Ford, General Motors, and Toyota, use MRP systems to manage their production operations.

Aerospace: The aerospace industry is another major user of MRP systems. Many of the world's leading aerospace companies, such as Boeing, Airbus, and Lockheed Martin, use MRP systems to manage their production and inventory operations.

High-tech: The high-tech industry is another major user of MRP systems. Many of the world's leading high-tech companies, such as Apple, IBM, and Microsoft, use MRP systems to manage their production and inventory operations.

Consumer goods: The consumer goods industry is another major user of MRP systems. Many of the world's leading consumer goods companies, such as Procter & Gamble, Nestle, and Unilever, use MRP systems to manage their production and inventory operations.

Key Components of an MRP

An MRP system is composed of three main modules:

The MPS module is the heart of the MRP system and provides the overall production plan for the entire company. It includes information on the products to be produced, the production quantities, the due dates, and the priorities.

The bills of materials (BOM) module

How do you maintain MRP

How do you do capacity planning with MRP

There are a lot of factors to consider in capacity planning, such as:

In the early 1960s, Joseph Orlicky, a production manager at General Motors, developed a system called "material requirements planning" (MRP). This system was designed to help GM keep track of the parts and materials needed to build its cars. The MRP system was later adopted by other companies, and became the basis for the modern MRP system.

In the late 1960s, a group of engineers at Ford Motor Company developed a system called Manufacturing Resources Planning (MRP II). This system was designed to manage inventory and production using a computer. MRP II was a breakthrough in manufacturing and soon became the standard for production planning.

In the early days of MRP systems, data were entered into the system manually. This was a time-consuming and error-prone process.

In the early 1980s, most MRP systems were still stand-alone, mainframe-based packages that were inflexible, difficult to use, and expensive. These systems were designed to support manufacturing operations in large, complex organizations. 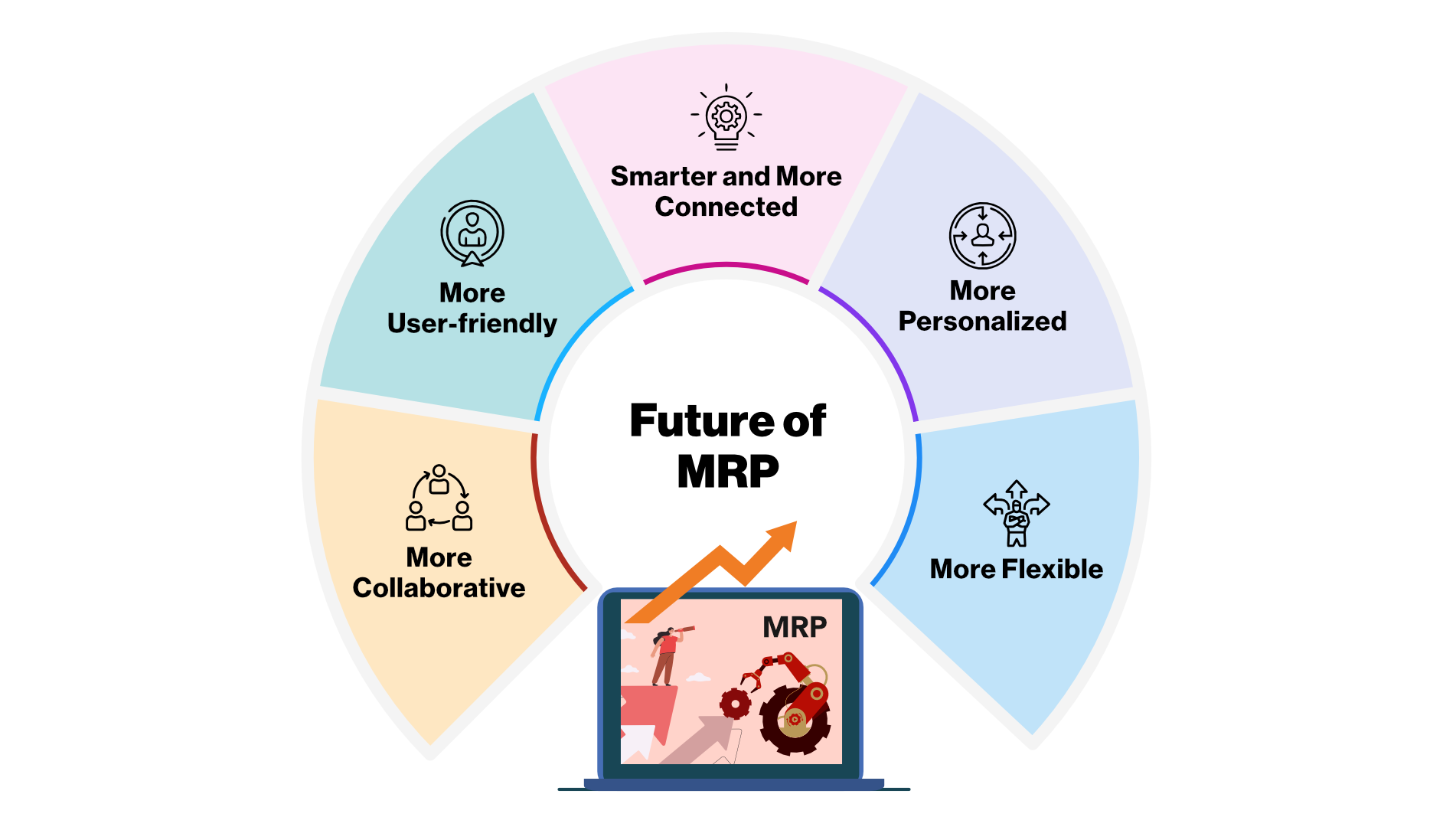 The future of Manufacturing Resource Planning (MRP) systems is exciting. With the advent of Industry 4.0, the opportunities for MRP systems are endless. Here are some of the ways that MRP systems will evolve in the future:

Smarter and more connected: MRP systems will become more intelligent and better connected. With the help of artificial intelligence (AI) and the Internet of Things (IoT), MRP systems will be able to collect and analyze data more effectively. This will enable MRP systems to make better decisions and provide more accurate predictions. 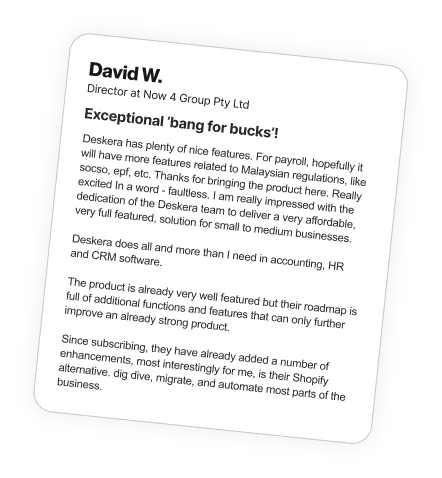 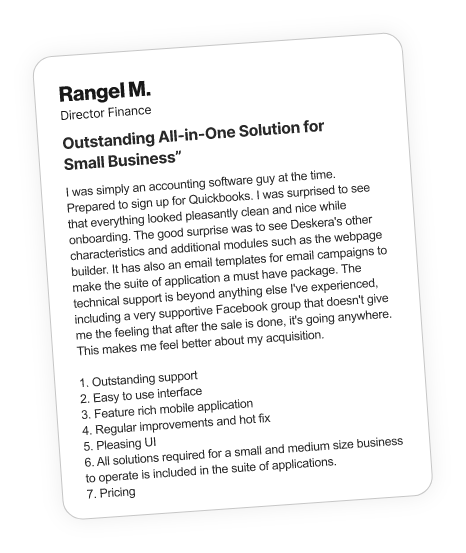 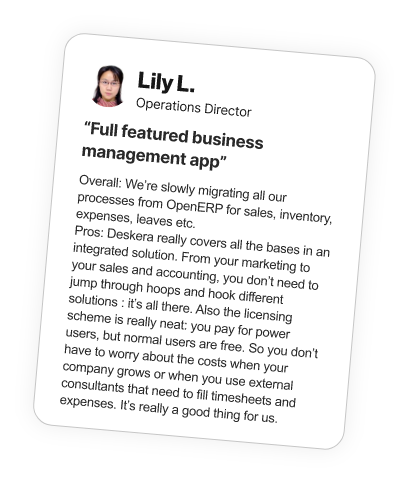 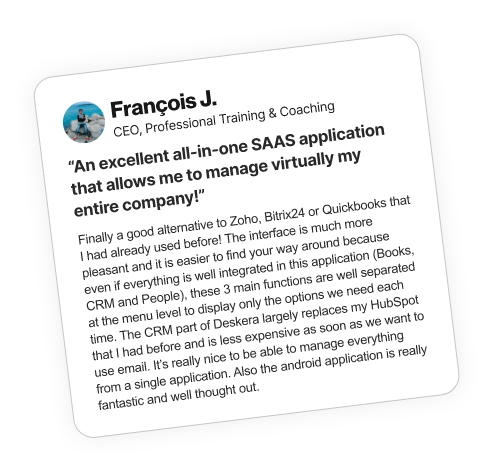 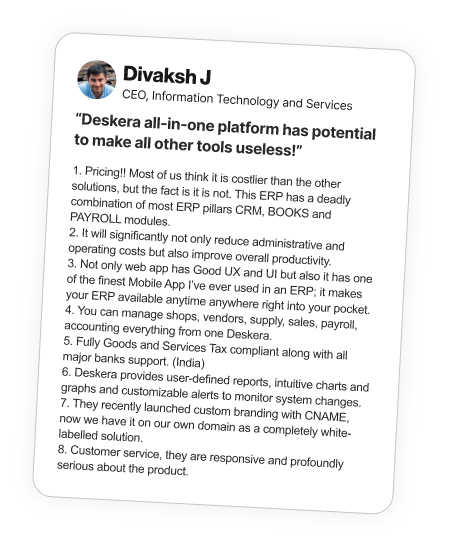 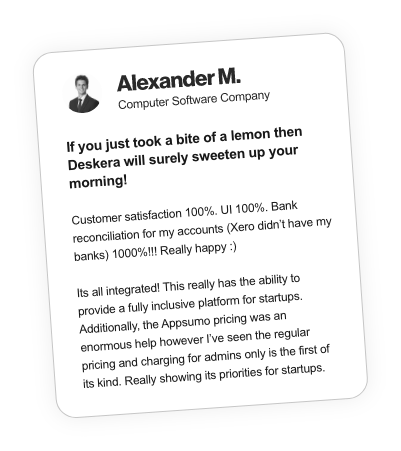 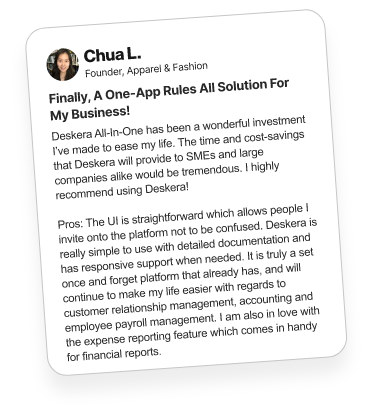 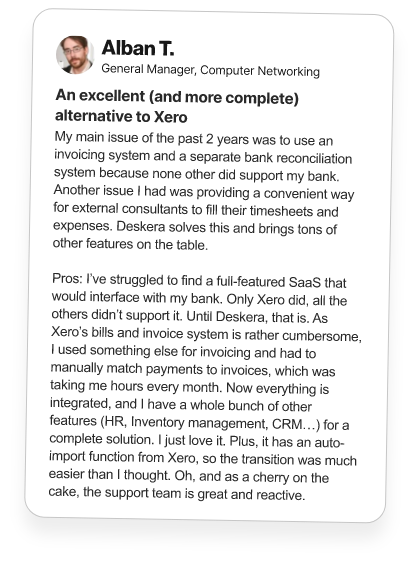 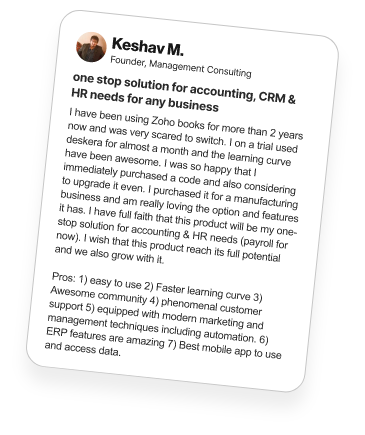 What if you could replace at least three different SaaS tools (and their subscriptions) with a single application?
Start 15 days trial 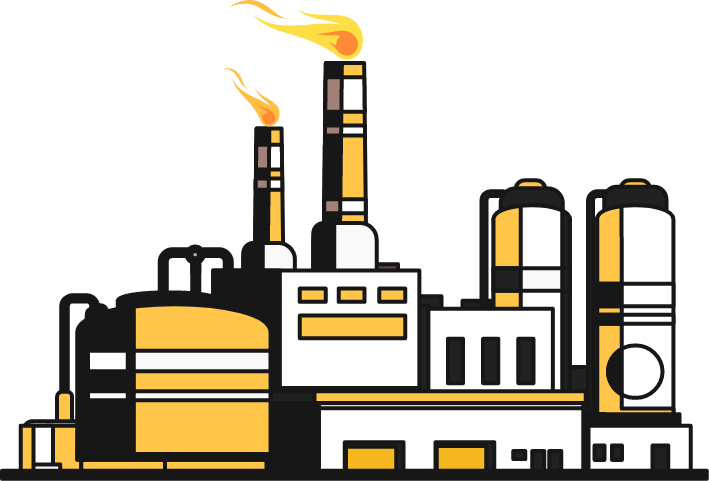