India can be a global defence manufacturing hub, backed by small and medium enterprises

India is the world’s largest defence importer and has consistently held this position for the past five years. It is the sixth largest defence spender globally and the second largest spender in Asia, according to a report released by the Stockholm International Peace Research Institute (SIPRI), which reports on the basis of data submitted by countries to the United Nations. India has moved up one place from the previous year and spent $51.3 billion in 2015, which is an increase of 0.4% from the previous year. 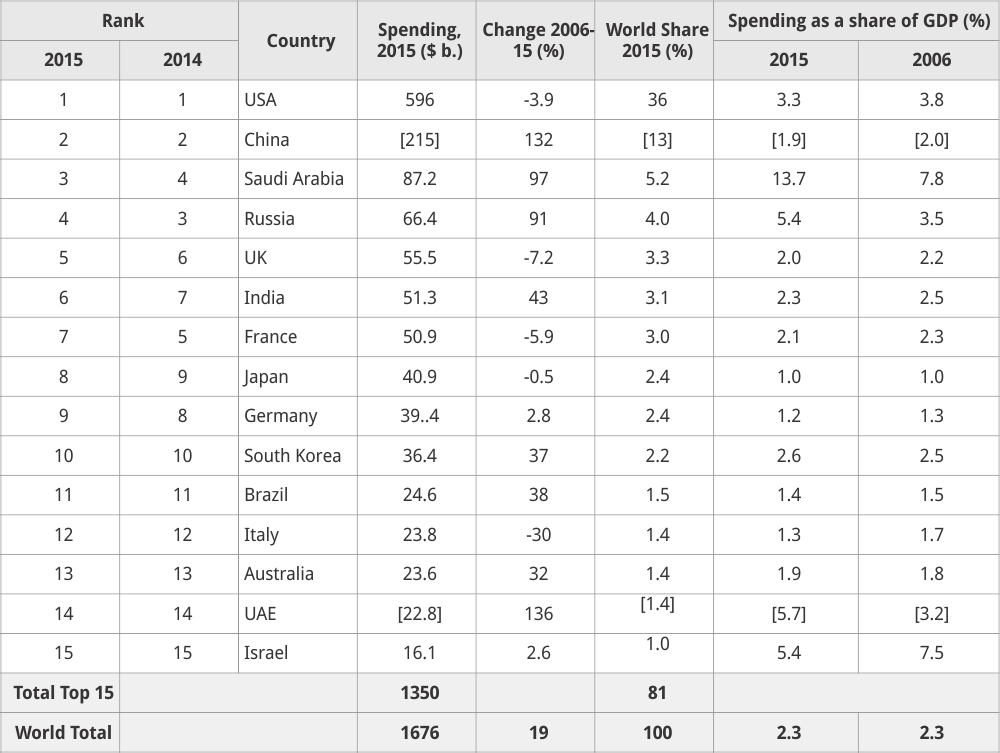 Though China is the world’s second largest defence spender ($215 billion), its defence imports are much smaller than India’s. While India accounts for 14% of all arms imports globally, China accounts for only 4.7%. This is happening because China has a developed indigenous defence industry which is well embedded in the global supply chains. A substantial portion (around 65%) of India’s defence budget is spent on imports, with astronomical amounts being spent on procuring highly expensive equipment and technology. India spends 1.8% of its Gross Domestic Product on defence imports.

Not only are the arms transfers very expensive, they also make the country dependent on other international sources for defence preparedness. The Ministry of Defence agrees that the country needs to increase self-reliance in its own national interest and to do that India has started targeting small and medium enterprises for greater contribution.

The three words creating a buzz in Indian industry these days are: Make in India. The initiative, launched in 2014, is aimed at boosting manufacturing and generating employment in 25 sectors, including defence. In order to make the initiative a success, a large part of the momentum needs to come from the small and medium enterprise sector and not only from the big corporates. SMEs need to step up to the big stage and become global players.

Experts say the SME sector is an attractive option because of their innovative capabilities in niche manufacturing, higher flexibility, lower costs and the ability to learn and utilize new technologies. Keeping in view that India, according to the report, plans to increase military expenditure by about 8% (in real terms) in 2016, thrust to the sector is the need of the hour. Towards this objective, the government proposes to source 70% of its defence requirements from indigenous suppliers.

International conditions ripe for the plunge

World military expenditure totaled almost $1.7 trillion in 2015, an increase of 1% in real terms from 2014, according to the SIPRI report. In addition, after the onset of the world economic slowdown, major international players in the defence sector are looking to cut costs. Keeping in view India’s over-reliance on foreign players for defence purchases and the Government’s intent to make India a hub of manufacturing, the time is ripe for the SME sector to fill the gap between the demand and supply.

Against such a background, India can become an attractive destination for defence manufacturers looking to shift base to cost-effective countries. SMEs can play a key role in global manufacturing by leveraging lower costs and increasing local demand.

Today, in the wake of globalization, the international defence industry is a complex network of global supply chains. It is therefore important for Indian companies, particularly SMEs, to integrate themselves into global supply chains to reduce dependence on foreign supplies and also to gain a foothold in the international defence market. To emerge as a significant defence player, India needs to improve the competitiveness of its SMEs and enhance their role in the Indian defence industry.

Experts say that most SMEs move away after looking at the offsets and but there are tremendous opportunities and in order to complete such capacity-building, the sector will need financial support and the government must be ready to offset the potential risks. The Government too is not oblivious to the fact.

“You will lose money while trying to develop defence equipment but the present government will try to make up for the losses suffered by the companies,” said Manohar Parrikar, the Union Defence Minister. He has also talked about the government considering creating a corpus fund for start-ups in the defence sector to ease their financial constraints.

How India can learn from other Asian defence powerhouses: Japan and South Korea

Japan was a nation in disarray after World War II. But the assimilation of military technology and creation of domestic arms production capability lead to the development of civil commercial technologies that served the country’s long-term goal to become a technology superpower. Japan went for rapid, robust and diversified industrialization. Now, Japan is largely self-sufficient, with more than 90% of its requirements for military products being met by suppliers from within the country, including small and medium enterprises. Except aerospace where the country is not completely self-reliant, Japan now indigenously manufactures combat vessels, submarines, and infantry weapons.

South Korea’s defense exports went up from $144 million in 2002 to $3.6 billion in 2014, with an average annual gain of 31% over the past few years. Despite having a robust defence sector comprising small and medium enterprises, the country is taking steps to bolster its defence sector. For example, in 2015, South Korea’s military procurement agency, the Defense Acquisition Program Administration (DAPA), established a special committee to technically assist a selected group of small and medium enterprises seeking to expand in defence. The committee comprising subject-matter experts not only provides consultancy but also assistance related to marketing, bidding, and administrative procedures to the SMEs.

In order to make the Make in India initiative a success, not only big corporates but small and medium enterprises also will have to get involved and become global players. A robust defence SME sector will be crucial to India’s plans of emerging as a global power.