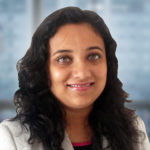 The Union Budget 2018 is scheduled for 1st February, when Finance Minister Arun Jaitley will be presenting his fifth consecutive budget in the parliament. This is quite significant because it will be the Modi government’s last full-fledged budget before the 2019 Lok Sabha elections. The Gujarat election results will play a crucial part in the formulation of this year’s budget.

Additionally, we have witnessed some landmark steps taken by the government in the recent past whether it is rolling out GST-the biggest tax reform in the past 70 years or pushing the nation towards a cashless society with demonetisation drive. There have also been changes in norms pertaining to single-brand foreign direct investments (FDI) so that it becomes considerably easier for global retailers to gain access to the highly dynamic and fast-growing Indian markets.

Since this would be the first budget post GST and the nail-biting Gujarat assembly elections below are some of the key expectations from the upcoming budget.

A pro-agriculture budget: It is expected that the FM will come up with schemes and programs appealing to the agriculture industry other than loan waivers in order to gain confidence of the farmers. Major chunk of the budget may be dedicated to them keeping in mind the upcoming assembly elections of agrarian states- Madhya Pradesh, Rajasthan, Karnataka and Chhattisgarh. In one of his interviews recently, Jaitley hinted that he is open to higher spending in agriculture. He is quoted as saying that higher spending on rural India and agriculture isn’t populism. Spending more is a necessity as far as rural India is concerned, he said.

The GST effect: After the roll out of GST, all the major decisions pertaining to the country’s tax regime is being taken by the GST Council so it is unlikely that the budget would be talking about it. In fact, the GST Council met on January 18 to revise the rates on 29 goods and 53 categories of services. The Council also discussed in detail various approaches to ease the return filing compliance burden, and the need for the implementation of anti-evasion measures.

Policies for SMEs and startups: The Government has been pushing for Make in India, Digital India and Skill India. The major goal being to encourage the entrepreneur culture in India and make the SMEs globally competitive. “While the full effects of GST are still playing out, India’s continued growth story surely lies in continuing to focus on the vital SME sector which will continue to employ around 40% of India’s workforce. It is this very sector where we would like to see the Government providing incentives to lead the way to further go cashless, comply with the GST legislation and to continue to be the growth engine for the economy as a whole. We certainly look forward to Union Budget 2018 to create a favorable business climate for SMEs in India,” said Hemanth Dattatreya, Global Head, Channel and Alliances, Deskera– an emerging leader of cloud-based integrated ERP suite solutions.