What Is a Bond? A Complete Guide for Beginners

No, we are not referring to 007 - James Bond. We are here to explain what bonds are from a financial perspective.

A bond is a loan taken by the company or business. Instead of traditionally going to a bank, the company gets the money from investors who buy the companies bonds. In return for the capital, the company pays an interest coupon.

The annual interest rate is paid on a bond, which is expressed as a percentage of the face value. The company pays the interest at predetermined intervals, usually annually or semiannually, and returns the principal on the maturity date, ending the loan.

Bonds are investment securities where - an investor lends money to a company or a government for a period of time in return for regular interest-based payments. Once the bond reaches its maturity level, the bond issuer returns the investor’s money per the interest rates. Fixed income is often used to describe bonds since your investment earns fixed payments over the bond’s life.

Bonds can differ significantly based on the terms of their indenture, a legal document outlining the characteristics of the bond. Since each bond issue is different, it is essential to understand the precise terms before investing.

There are six essential features to look at in a bond -

Maturity is the date when the principal or par amount of the bond is paid to investors, and the company’s bond obligation comes to an end. Hence, it defines the lifetime of the bond. A bond’s maturity is a crucial consideration an investor looks into based on the investment goals. The maturity of a bond is classified in 3 ways:

A bond can be of two types - secured or unsecured. Typically, a secured bond pledges certain assets to bondholders in case the company cannot repay the obligation for any particular reason. This asset may also be called collateral on loan. This is so, if the bond issuer defaults, the asset that is pledged is then transferred to the investor instead. Mortgage-backed security or MBS is a type of secured bond. These are usually backed by the titles to the home of the borrowers.

While unsecured bonds, on the other hand, are not backed by any assets or collateral. In this case, the interest and principal are only guaranteed by the issuing company. They are also called debentures. These bonds return little of your investment in case the company fails. Hence, unsecured bonds are much riskier than secured bonds.

When a company goes bankrupt, it usually repays investors in a particular order as and when it liquidates. Once a firm sells off all its assets, it begins first to pay out its investors. Senior debt is debt that has to be paid first, followed by junior (subordinated) debt. Stockholders get whatever is left.

The coupon amount usually represents interest paid to bondholders. Either annually or semiannually. This coupon may also be called the coupon rate or nominal yield. In order to calculate the coupon rate, we can divide the payments by the face value of its bond.

Corporate bonds are all taxable investments. Most of the government and municipal bonds are tax-exempt. Some of the income and capital gains are not subject to taxation. Tax-exempt bonds usually have a lower interest than equivalent taxable bonds. An investor will calculate the tax-equivalent yield to compare the return with that of taxable instruments.

An issuer can pay off certain kinds of bonds before their maturity. In case a bond has a call provision, it may be paid off at an earlier date. Or at the option of the company mostly at a slight premium to par. Some companies may choose to call their bonds if interest rates allow them to borrow at a better rate. Most callable bonds appeal to investors as they offer better coupon rates.

What are the Risks of Buying Bonds?

Bonds are one good way to earn income since they tend to be relatively safe investments. Like an investment, bonds come with certain risks.  Some of them are stated below:

Interest rates share an inverse correlation with bonds, so bonds tend to fall when rates rise and vice versa. Let’s say interest rates decline significantly; the investor faces the possibility of prepayment. In case interest rates rise, the investor will be stuck with an instrument yielding below market rates. The longer the time for maturity, the greater the interest rate risk an investor bears. This is because it is harder to predict market developments in the future.

Every corporate bond has the possibility that the company may default on the debt. An investor needs to weigh in both the operating income and cash flow as compared to the debt. If it’s the other way around, then there is a higher possibility of credit or default risk. Hence, a credit or default risk is the risk that interest and principal payments due on the obligation is not being met.

Prepayment risk is considered bad news. It is the risk that a given bond issue will be paid off earlier than expected. This is usually done through a call provision. This risk happens when the company only has an incentive to repay earlier when interest rates have declined. Hence, investors are left to reinvest funds in a lower interest rate environment.

There are 4 primary categories of bonds sold :

Exploring the World of Bonds

We are gonna look into examples of varieties of bonds below:

How do you understand and measure the value of a bond? It is by the value of its return. Bond yields are all measures of return on your investment. Yield to maturity is the measurement often and commonly used. However, it is important to understand several other yield measurements that are used in certain situations.

As noted above, yield to maturity is the most cited yield measurement.It's an estimate of the value, if the bond is held to maturity and all coupons are reinvested at the YTM rate.  It measures what the value of the return on a bond.

The coupons will mostly not be reinvested at the same rate. Hence, an investor’s actual return will differ slightly.

This yield is calculated by dividing the bond’s annual coupon by the bond’s current price. The formula incorporates only the income portion of the return, ignoring possible capital gains or losses.

A callable bond has a probability of being called before the date of maturity. Usually for yield to call, the investor will check in on the prepayment risk, as they will want to know what yield will be realised if the bond is called at a particular call date. The investors will realize a slightly higher yield if the called bonds are paid off at a premium.

Realized yield of a bond is calculated when an investor plans to hold a bond only for a certain period of time, rather than wait for it to mature. In such a case, the investor will sell the bond. The projected future bond price is estimated for the calculation.

Though the bond market appears complex, it is really driven by the same risks and return tradeoffs as the stock market.  Once you have gotten a hang of the lingo, the rest is easy.

If you masters these few basic terms and measurements to learn the familiar market dynamics, then you can become a competent bond investor even if you can't become James bond. 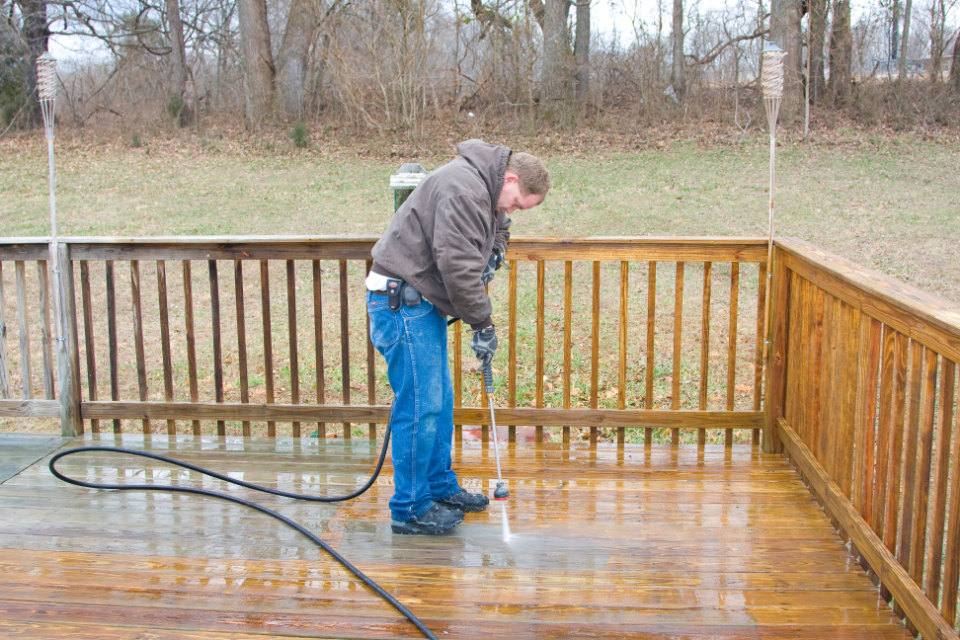 How Much Does It Cost to Pressure Wash a House in 2022? 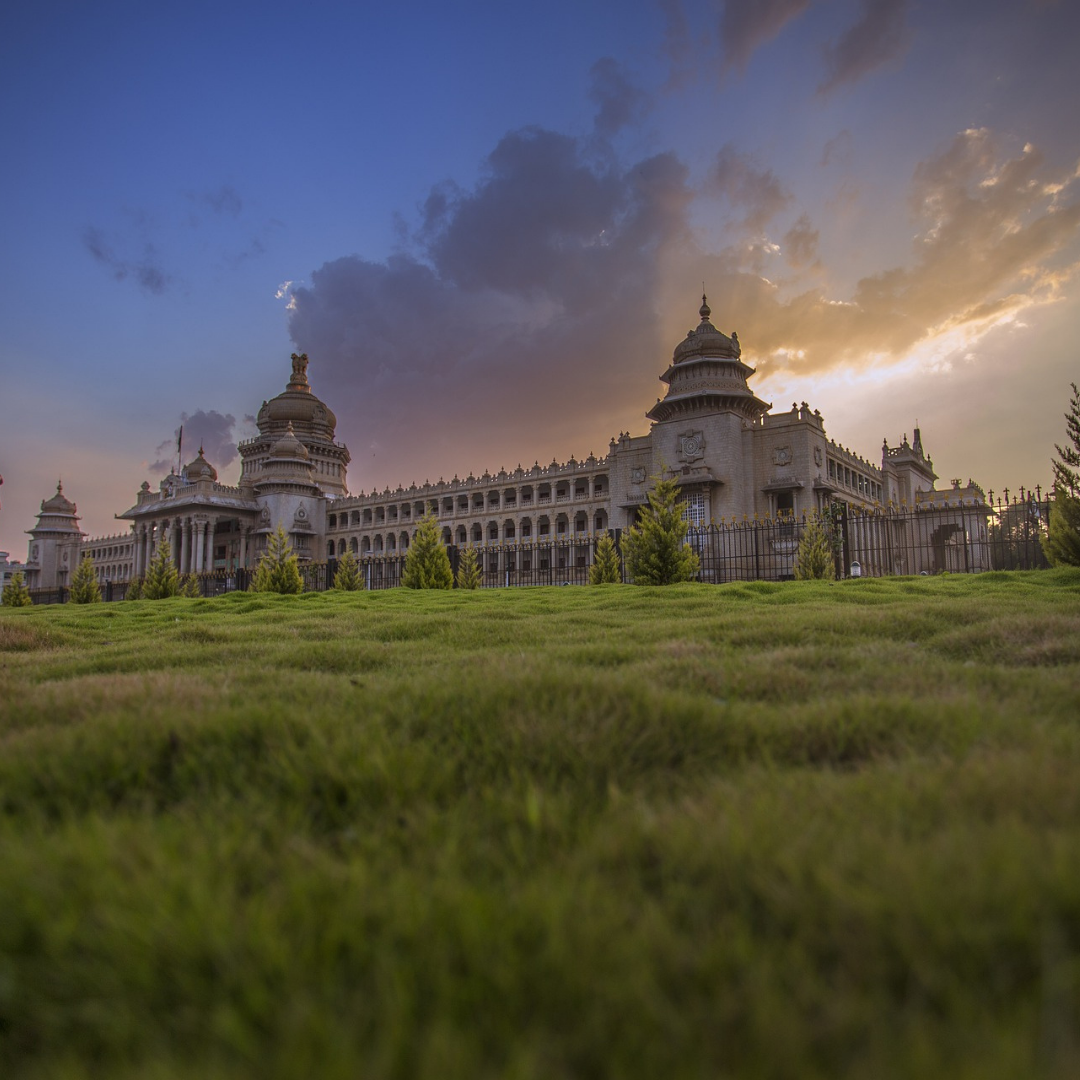 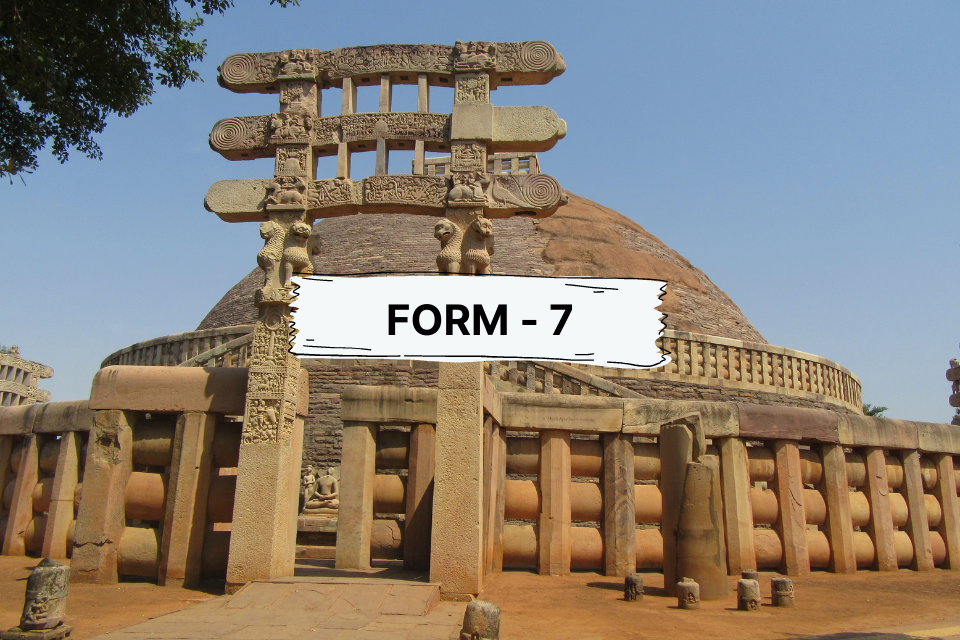 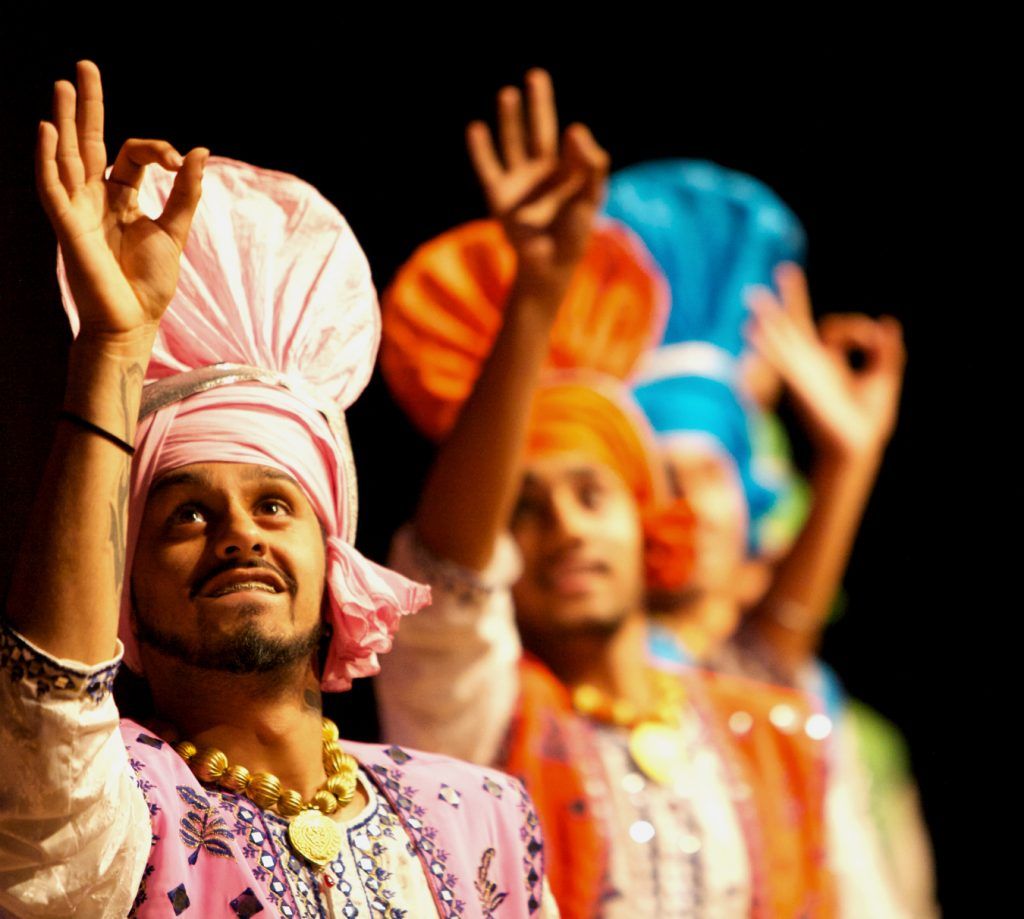 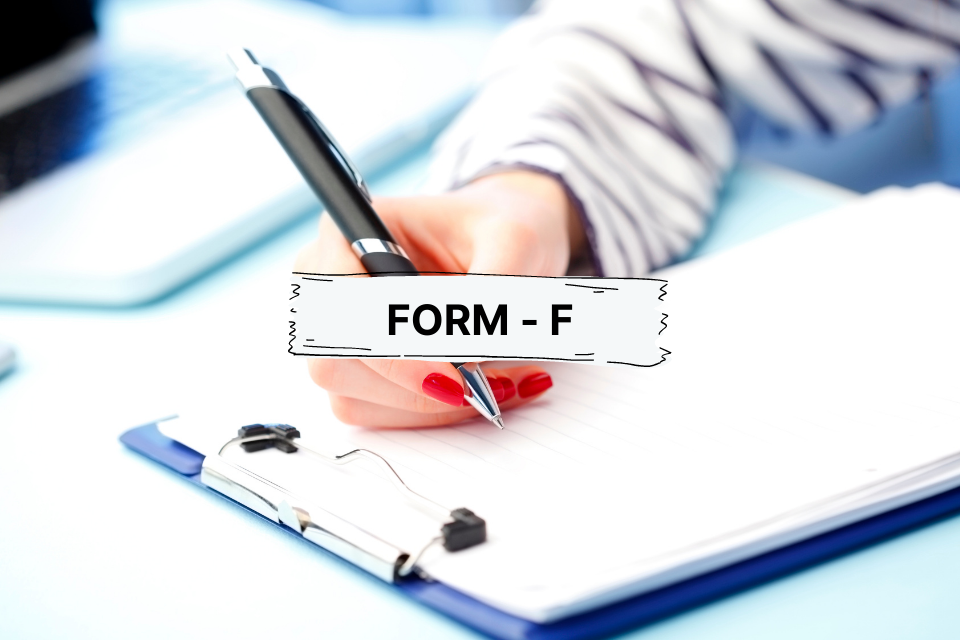 How Much Does It Cost to Pressure Wash a House in 2022?

Do you know how often a house should be pressure washed according to recent research? Experts advise that everyone should…
14 min read Jan 23, 2022 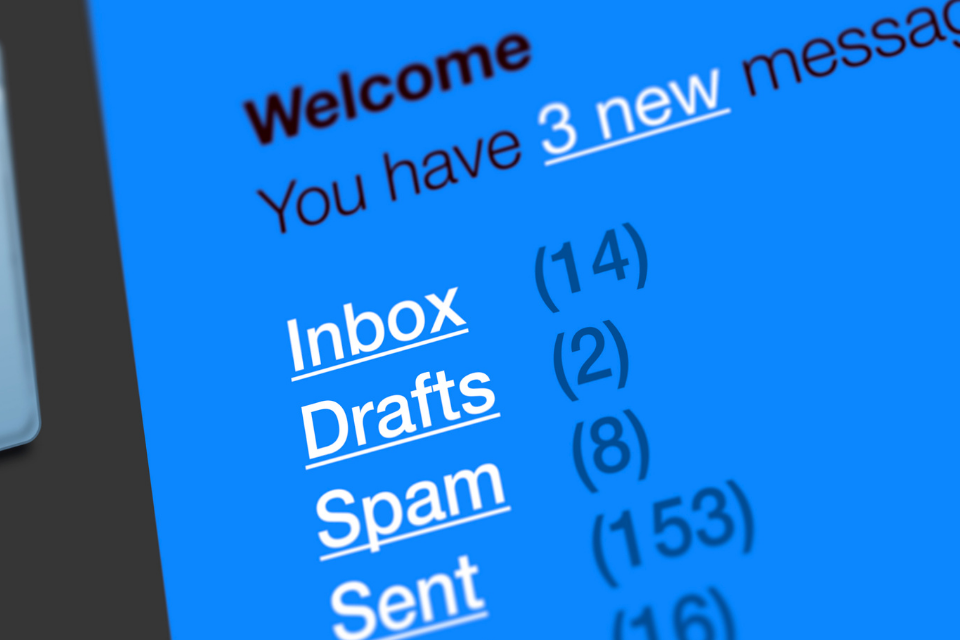 In today's world of technology, emails are regarded as one of the most common ways of communication to connect with…
9 min read Jan 21, 2022 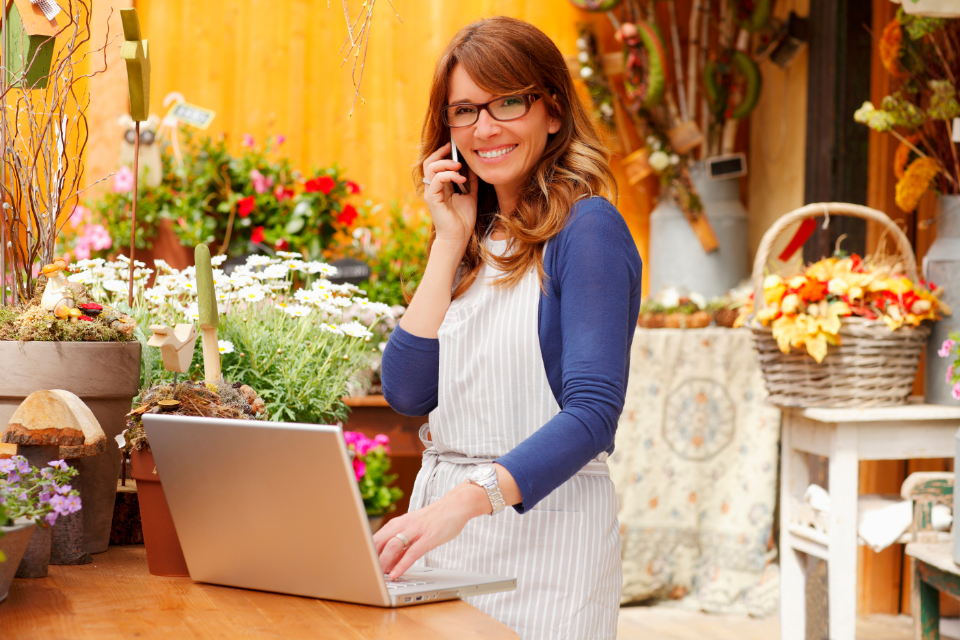